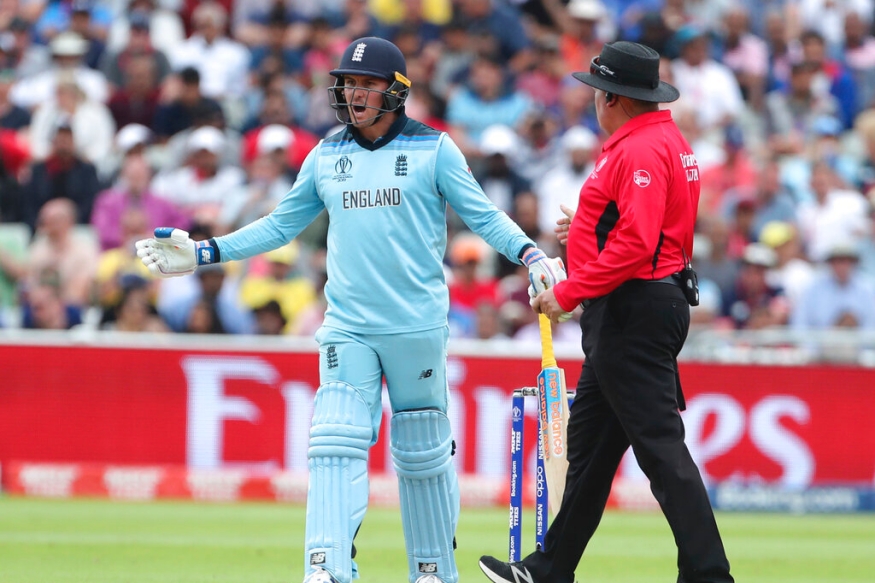 Jason Roy was at the receiving end of an umpiring error from Kumar Dharmasena in England’s World Cup semifinal match against Australia at Edgbaston on Thursday.

Roy was stunned as it didn’t hit his glove or bat, but had to walk back as Jonny Bairstow had used up England’s review earlier. An angry Roy had a word or two with the umpires, who sent him back to the pavilion. There was some confusion as Roy tried to review the decision, and for a moment Dharmasena too signalled towards the TV umpire. However, Marais Erasmus intervened and asked Roy to leave.