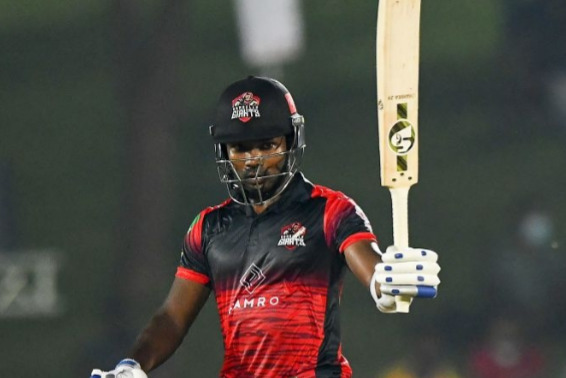 As the Lanka Premier League (LPL) continues to grow in stature, it provides the perfect platform for young cricketers to showcase their talents. Janith Liyanage is one such player who benefited from the five-team franchise tournament.

Liyanage, who represented Dambulla Giants in his debut season, was crowned the ‘Emerging Player of the Tournament’. He scored 108 runs in four matches at an average of 36. As his idol and role model, TM Dilshan, Liyanage too, is ambitious of being a genuine all-rounder in the national team in the near future.