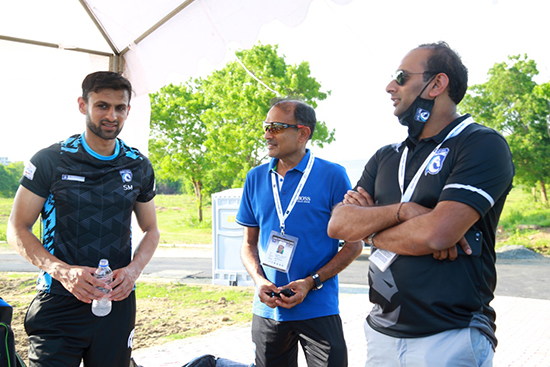 With most cricket playing nations initiating a franchise based tournament in their calendar, Sri Lankan cricket was left stranded for years not being able to start something of their own. However, with the launch of Lanka Premier League, there was a shot in the arm. Interest for franchise ownerships were mostly shown by Indian and Pakistani business entities. Jaffna Stallions’ ownership though is different.

Anandan Arnold, who played cricket for St. John’s, Jaffna is the founder CEO of Jaffna Stallions and leading investor. Canadian born Rahul Sood, who now lives in Seattle is a major co-owner in the consortium which also consists of Sri Lankan expatriates living in the UK, Canada, Australia and Europe. The owners are multi-ethnic, multi-faith Sri Lankans of diverse backgrounds.