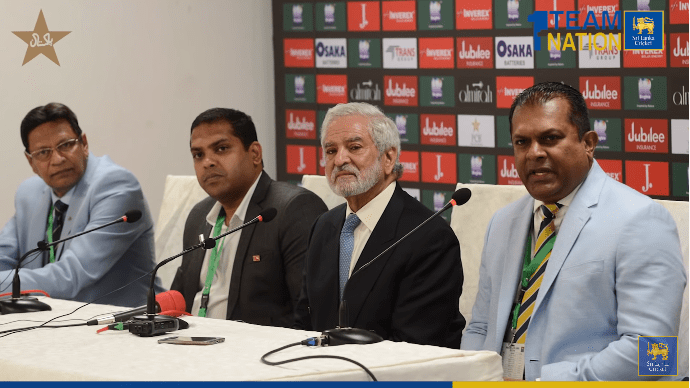 The SLC President’s remarks, virtually, distorts the whole purpose and value, in the afterglow of the recent series. Many in cricketing circles are strongly of the view that, his remarks at a press conference was unwarranted.

The initial part of SLC President Shammi Silva’s statement to the local media was logical and adequate. Silva explains how grateful Pakistan was to Sri Lanka for sending a team there. Then, on the result of the T20 series, he said, “I don’t think they are happy about the result, but we are happy,” which is, if anything, tactless.

Then, on the topic of the upcoming Test matches, which is also part of the ongoing ICC Test Championship, is where Silva gradually begins to spoil the stew. He explains how frustrating it was to spend 3-4 days inside a hotel, and what it would be like for a 5-day Test match.

While ‘frankly’ stating it was a good way of ‘team bonding’, when they remain as a unit, ‘without the wives’, he also outlines how ‘too much freedom’ could spoil the players.

Then comes the clincher. Silva calls the Pakistan experience a ‘good lesson’, adding, they (SLC) must have discussions with the players and support staff before deciding on visiting the troubled land for the Test series. He goes on to sympathise with the players, saying they should go out, hang around, see the world, eat out and then, bang! He slips out the ‘wrong one – “They have biological needs”.

For many local journalists present there, perhaps it was not an issue that needed mention. On the other hand, ‘biological’ could mean anything from ‘detergent products containing enzymes to assist the process of cleaning’, ‘relating to or involving the use of microorganisms or toxins of biological origin as weapons of war’, or ‘to meet a relative’, or to take ‘a substance of biological origin used as a drug, vaccine, pesticide’, or to get ‘connected by direct genetic relationship rather than by adoption or marriage’.

Whatever Silva meant, could have been a subject or subjects that should have been discussed behind closed doors. Definitely not in the presence of sports scribes seriously focused on cricket, and only cricket. Had there been racy tabloids still published in the country, it would have been a ‘hot stuff’.

Let’s come to the point. Let us all- players, scribes, officials and others connected, be where we really should be, behind the drawn lines. Let us discuss matters with the correct audience and at the right place and time. Or else, Sri Lanka cricket will continue to be in the news, for the wrong reasons.