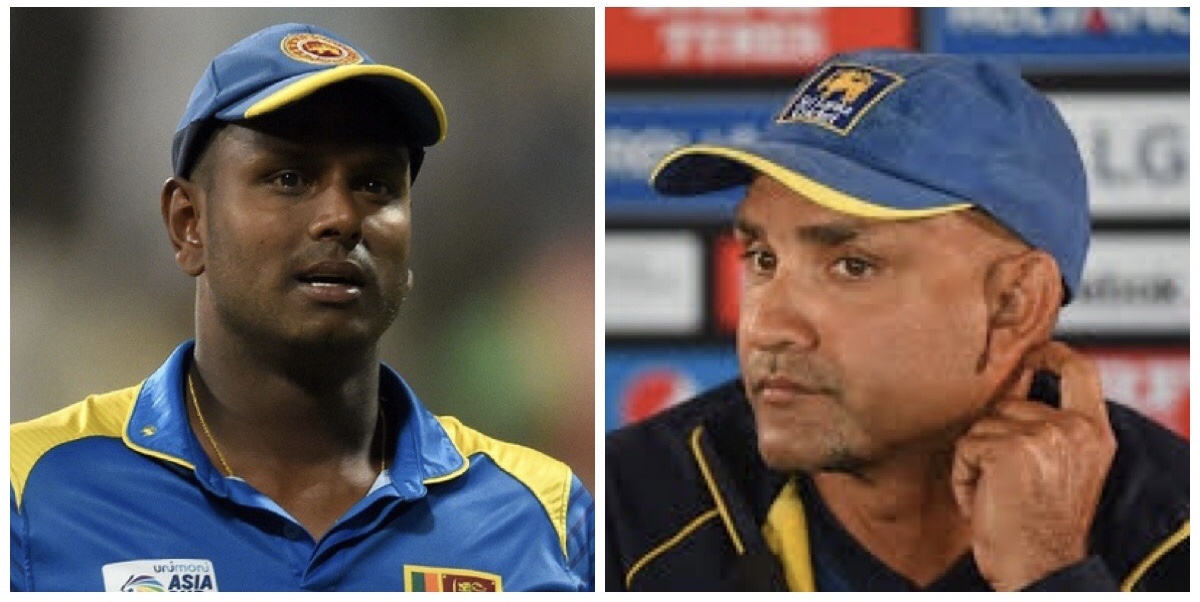 Angelo Mathews is considered one of the best batsmen Sri Lanka has produced. His contributions to Sri Lanka cricket is overwhelming and he has led the side admirably. There have been talks about the seam-bowling all-rounder considering to retire after the treatment he received by SLC owing to the contracts. However opening up about him, the former Sri Lanka captain Marvan Atapattu has pointed that Mathews is an important cog in the team’s wheel.

Putting up his thoughts on Mathews’ strengths and weaknesses, Atapattu said that he has the ability to take pressure off and perform. Terming him as one of the level-headed and the one who reads the game quite well, the veteran advised that Mathews has to give up his bowling.

When the players catch up age, they are often brought under scrutiny for their performances but the experience they possess under their sleeve is always a great asset for any team. Atapattu thus feels that Mathews should be given enough support and shouldn’t be restricted to one format.

“When someone hits their early thirties, that’s when they perform their best. So it’s a crime at this stage, but this is not just his responsibility, but also the authorities. Give him some support, make him understand that the coming three years are his best years in terms of batting. I certainly don’t think he should be restricted to one format; his career stats will speak for himself. It’s a matter for him to give up bowling. I know he has been pushed to bowl because we don’t have that balance in the team.” Atapattu was quoted saying by Island Cricket.

Marvan Atapattu opens up about Sri Lanka’s domestic structure
For any country to produce quality players, the game is expected to reach the grass root levels. More often than not, school and domestic cricket play a vital role in giving the players a platform to exude their flair. When asked about the difference between the then-strong Sri Lankan team and the current side, Atapattu put light on the importance of good school cricket.

The nations that have their domestic circuit in place with proper planning and systems seem to benefit more. Atapattu compared the domestic systems of other nations to that of Sri Lanka and highlighted that revival should start from school cricket He opened up that during his times, the club cricket was strong and that contributed to upgrading the playing standards.

“If you ask me what’s wrong with Sri Lanka the immediate reply would be the domestic structure, yes. However domestic cricket happens with the school leavers. But if the school leavers are not as good as what we use to see or in my case what we use to play against then what do you think is going to happen to our club cricket? You’d still see a downgraded cricketer compared to an Englishman or an Indian. This has to start from the school level. -I am saying Under 11, 13, 15 level- where the cricketers have to have good knowledge about technique and they have to have good coaches” Atapattu asserted.