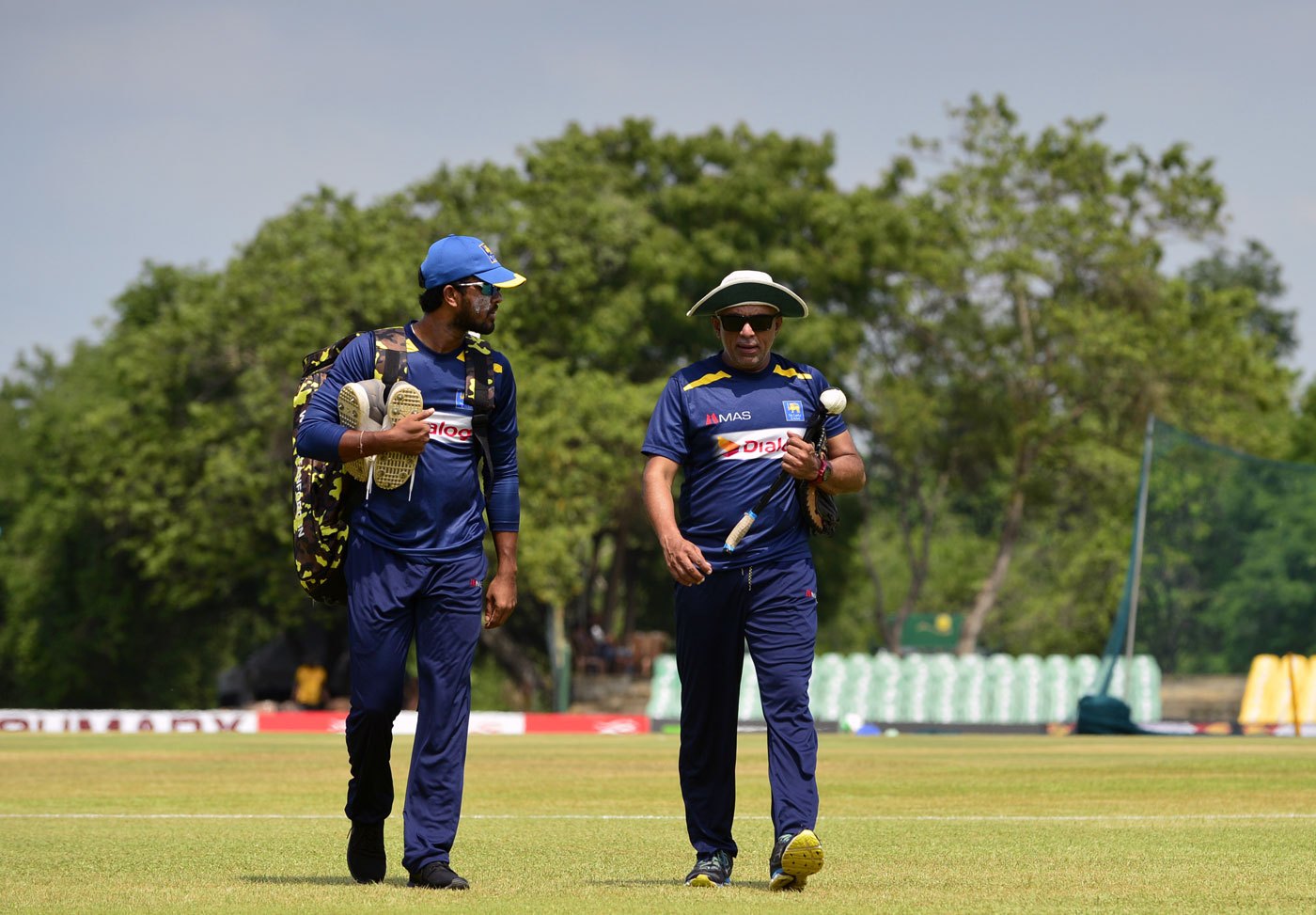 There has been an agenda against him from the early part of last year. Cricketage.in, a muck-raking cricket website with an Indian top-level domain address, has been mudslinging Hathurusingha for a very long time. Their supposed access to inside information, they reporting on happening within Sri Lanka cricket more than they do on Indian cricket, and they constantly quoting unnamed officials from Sri Lanka cricket suggest that they are either being run or funded by a certain faction within Sri Lanka Cricket.

It should also be remembered, that it was this website that first started promulgating the fake news that Hathurusingha had charged a whopping 60,000 USD to submit an annual assessment report. However, the Sunday Times later reported that it wasn’t an additional charge and was only a part of the contract signed. Accordingly, Hathurusingha was entitled to a sum of 120,000 USD to be paid bi-annually in advance as strategic planning and consultancy fees. This along with other fees makes up a monthly salary of 41,666 USD which is only slightly more than the monthly salary of 40,000 USD he was being paid by the Bangladesh Cricket Board.

But hang on! This is nothing in comparison to the other hit-job pieces the website has run on the coach. They blamed Hathurusingha for Akila Dhananjaya getting banned for a suspect action, apparently, bowling doosras, which he hardly does. They accused him of having been short-listed for the post of the Windies’ head coach, which was denied by him later. Then they pointed finger at him and Samaraweera for forcing players to ‘train and prepare for hours’ and cited that as the reason for Kusal Mendis’ poor form. This despite the youngster openly crediting the duo for his success at the Test level. From questioning the coach’s religious beliefs to peddling conspiracy theories about there being an agenda against Buddhists, they have tried every dirty trick from their sewage pit. Heck, they even proudly reported that a hotel manager had asked Hathurusingha to first win a few matches for the team over an argument. The website has dedicated so much time and space for slandering the Sri Lankan coach, so much so that it seems like it is being run by his vengeful ex.