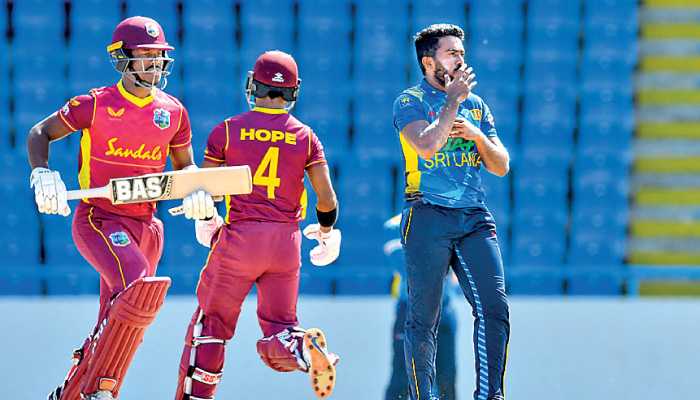 The Sri Lanka-West Indies two-Test series commenced yesterday and we will closely follow the fortunes of our cricketers in the longer version, but for the time being, let’s concentrate on what has already taken place on the tour so far.

The West Indies have been gifted with 30 league points due to the folly of the officials and the Technical Committee of cricket experts by advising the Sports Minister to permit a dysfunctional selection committee to pick the side.

It is beyond comprehension that Pramodya Wickramasinghe, who was a member of that failed committee, was dispatched to the Caribbean as a tour selector by the Cricket Technical Committee, and the National Sports Council headed by Mahela Jayawardene.

The damage this ill-thought decision has done to Sri Lanka cricket is known to all, with the team having suffered series defeats in the two white ball formats, and facing an uphill task in the Test series when one looks at the composition of the squads picked by this dysfunctional selection committee at the behest of these cricket pundits…