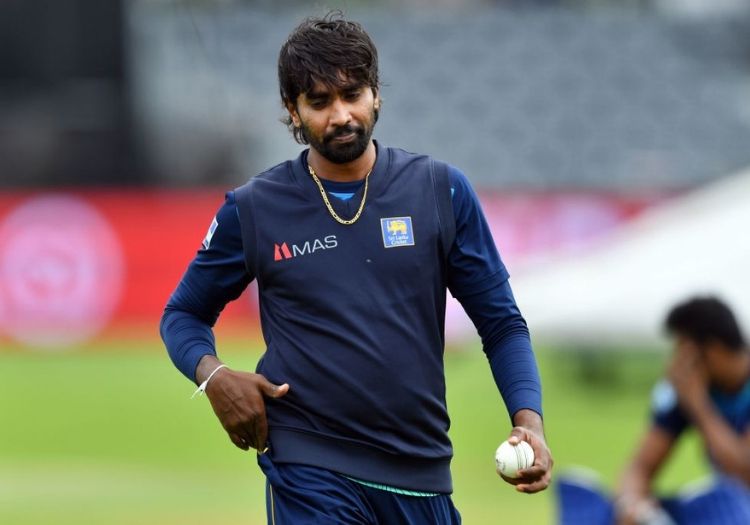 Sri Lanka team preparing for T20 World Cup is hit with a major blow as pace bowler Nuwan Pradeep was injured during the 1st friendly T20 game against Oman.

Nuwan Pradeep who started well in the game taking two wickets in two overs was seen walking back to the pavilion indicating a hamstring injury. Sri Lanka cricket confirmed the injury and said that they are assessing Nuwan’s condition and will take a decision based on it. Sports Journalist Rex Clementines said that Nuwan could be sidelined for 4 weeks, which means he would miss the World Cup.