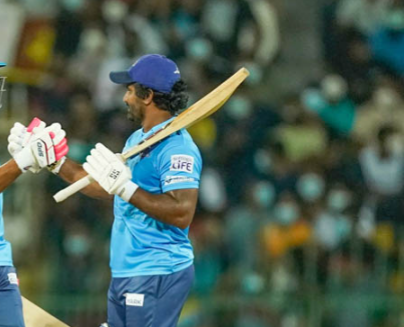 Opener Kusal Janith Perera has defied medical advice to feature in the ongoing Lanka Premier League (LPL), jeopardising his chances of playing in the series against Zimbabwe and Australia, a communication by SLC’s lead physiotherapist revealed.

Perera sprained his shoulder during a practice session ahead of the Indian limited over series in July. While he returned to play the subsequent series against South Africa and the T20 World Cup in UAE, it was obvious the left-handed wicketkeeper/batter was playing with pain and discomfort.