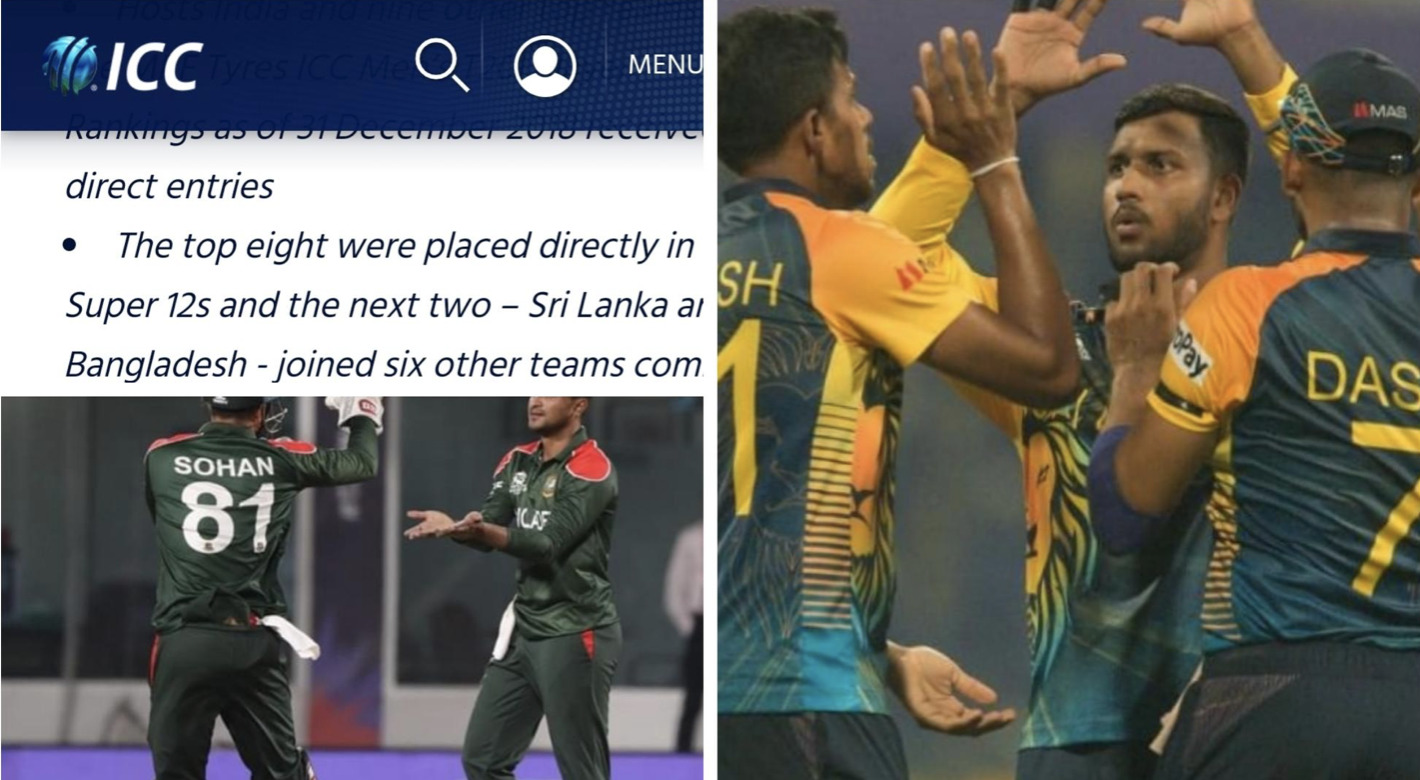 The International Cricket Council (ICC) has announced a change to the T20 World Cup rules midway in the tournament by amending the seedings offered to Sri Lanka and Bangladesh when they qualify for the 2nd round of the tournament.

On the press release issued on 17th August, the ICC said that Sri Lanka will be A1 & Bangladesh will be B1 if they qualify for the tournament.

“If Sri Lanka and Bangladesh qualify from the first round, they will retain the seedings of A1 and B1 respectively for the Super 12s. The top two teams from each group of the Super 12s will make the knockouts, the matchups being – A1 v B2 and B2 v A1,” the ICC Media release said.

However, issuing a media advisory today, the ICC reversed the previous decision and announced that teams will not have any seedings.

“On Super 12 qualification – the teams that finish top of the standings in Group A and Group B, will take the position of A1 and B1 in the Super 12s. Therefore A2 and B2 will be taken by the second-place teams in each group respectively. It is not done on Round 1 group seedings,” the ICC media advisory said. (NewsWire)