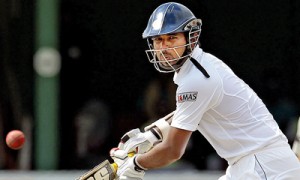 The role of a quality opening batsman has become an important aspect in world cricket during the past three decades. Sri Lanka has been struggling to find a consistent opening combination in Test cricket ever since the departure of the formidable opening pair of Sanath Jayasuriya and Marvan Atapattu.

This is a story of an underrated opening batsman who was failed to do justice to his talents and potential he showed early in his career.

Tharanga Paranavithana displayed a keen interest towards the game from an early age, his enthusiasm and passion growing while playing cricket along with his three brothers in their backyard.

“I can still remember the days when we used to play cricket in our backyard and as time went by my brothers motivated me to be a professional cricketer,” he recalled during an interview with the Sunday Times…