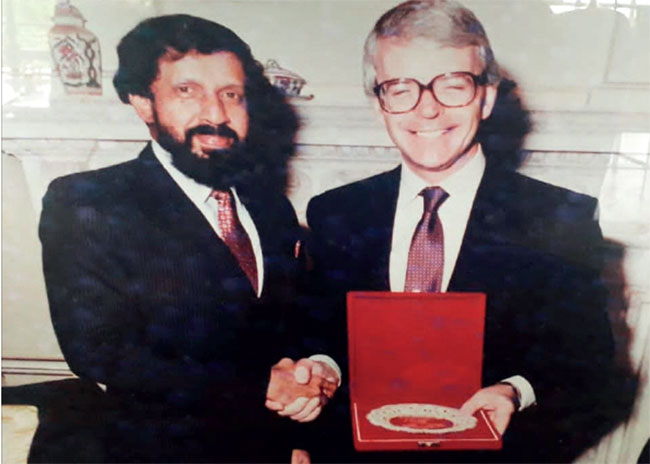 There was no international cricket played in Sri Lanka for five years between 1987 to 1992 due to the war.

The ICC meeting in June of 1991 at Lord’s in London was very crucial for Ian Pieris and S. Skandakumar as it was the last one they would attend as Cricket Board President and Secretary, having assumed office in 1989.

They knew they had to do something special to wrest back the home advantage for our cricketers.

As they prepared to leave for that meeting they were informed that the Prime Minister of England the Rt Hon John Major, a keen cricket follower, would host a reception at No 10, Downing Street for all the ICC delegates at the end of the first day’s sessions….