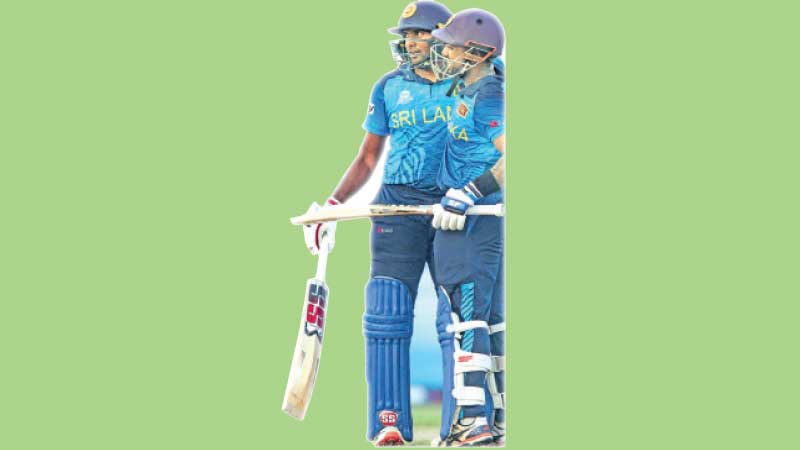 Asalanka was playing only his fifth Twenty20 International and his second at number three having replaced Dinesh Chandimal at the all-important spot.

“The result is phenomenal because of the way Charith (Asalanka) handled the situation and how he kept the tempo of the game is unbelievable,” Rajapaksa said after Sri Lanka won the match by five wickets at the Sharjah Stadium.

“It’s not easy playing a number three when we’ve been struggling to find a proper number three batsman. I’ve myself batted number three. It’s not an easy position to keep on because you need to play with the scoreboard mostly,” he emphasised.

“We lost a crucial wicket in the first over and chasing 170-odd runs and having lost Kusal Perera in the first two, I think Charith did a phenomenal job.”

“It’s just amazing how we kept on scoring and the intent was very positive. I think he has a bright future for Sri Lanka and I hope he will be performing like this throughout the tournament,” Rajapaksa added.

Asalanka was aggressive from the onset and after Perera fell just four balls into the innings he not just stabilised but revived Sri Lanka’s chase, finishing with the highest individual score this tournament so far. (Agencies)