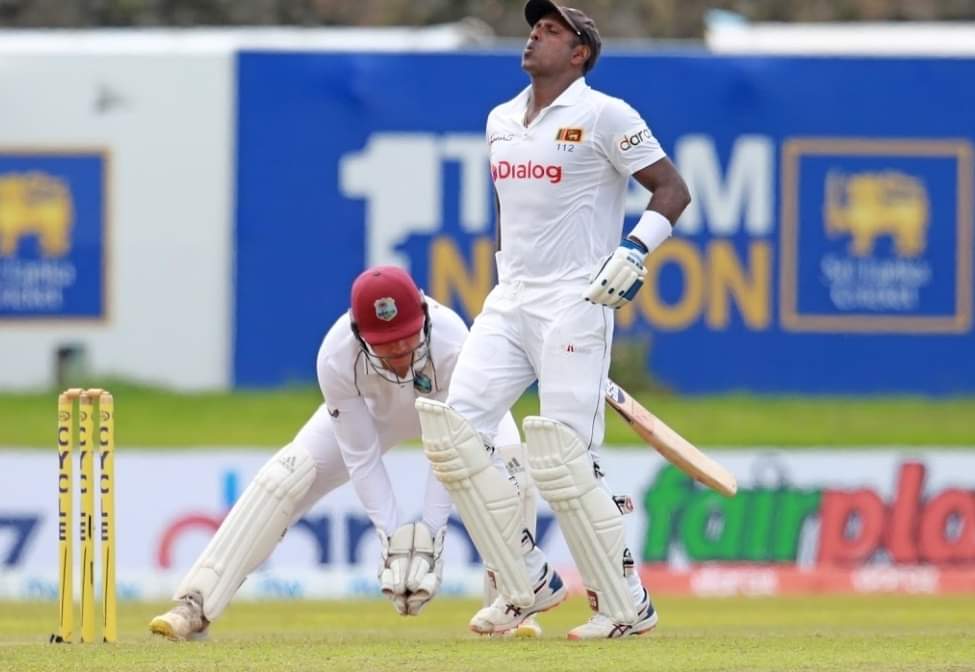 Former Sri Lanka captain Angelo Mathews is likely to be ruled out of the upcoming Lanka Premier League (LPL) 2021 cricket tournament due to the thigh strain he sustained in the ongoing 2nd test against the West Indies.

Mathews sustained the injury yesterday during the first innings of Sri Lanka and did not return to the field when the West Indies commenced their innings, even though he was set to bowl a few overs.

He further said the cricketer will most probably be ruled out of the LPL tournament since this type of injury requires 4-6 weeks of rehabilitation work.

Mathews had taken time off cricket for several months due to personal reasons and had returned to the field with the West Indies Series.

However, his hopes of returning to the Sri Lanka limited-overs side have taken major blow due to his injury with his participation in Lanka Premier League likely to be ruled out.

Mathews will bat in the 2nd innings if necessary