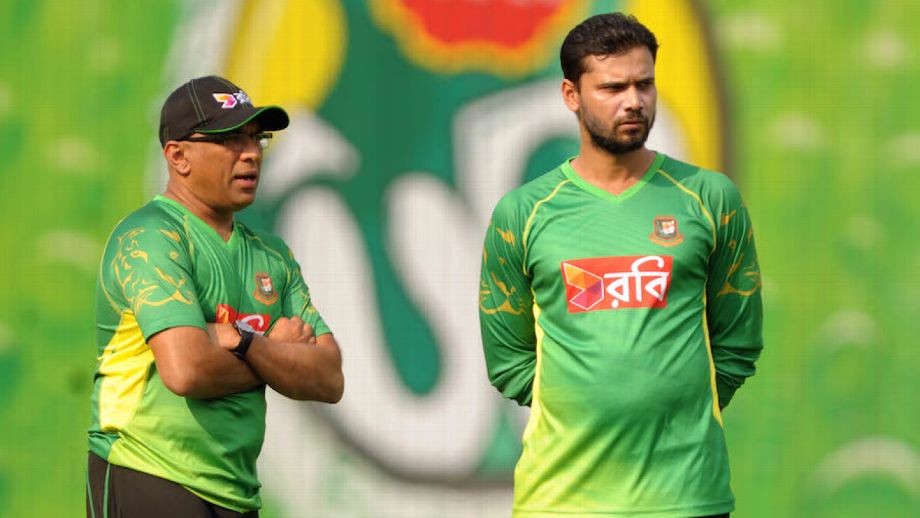 Chandika Hathurusingha’s return as Bangladesh’s head coach is closer to becoming reality after Nazmul Hassan, the Bangladesh Cricket Board president, said he could become a candidate for the job after the Sri Lanka-Bangladesh ODI series. Khaled Mahmud will be the coach of the team in an interim capacity for the Sri Lanka series, after Bangladesh parted ways with Steve Rhodes at the end of their World Cup campaign.

Hathurusingha had been Bangladesh coach between 2014 and 2017, and the only thing that seemingly stands in the way of his return to that position is the manner of his exit from the Sri Lanka set-up, which remains unclear. Hassan, one of Hathurusingha’s biggest supporters during his Bangladesh stint, said the BCB is unable to talk to Hathurusingha and some of their other candidates right now, as they are involved in their current jobs. The BCB president also said the board would prefer a coach with previous experience of working with a subcontinent team.

“We have started the process to find a head coach, a fast-bowling coach and a physio,” Hassan said. “Since the ODI series is about to begin, we are not allowed to talk to Hathurusingha. He will become a candidate when there’s a break after this series, if he expresses his wish to come. We want a coach as soon as possible. We are in talks but some of the coaches are still involved in their present jobs.