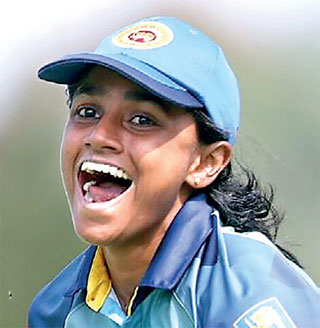 Sri Lanka Women cricketers Harshitha Madavi and Prasadani Weerakkody will lead the two sides that will play three 50-over practice games at the R. Premadasa Stadium from 25-30 October.

These matches will replace the cancelled tour to Pakistan where Sri Lanka Women were expected to play a series of three ODIs against Pakistan Women this month.

Harshitha, a left-hand middle-order batter, is the vice-captain to Chamari Atapattu in the Sri Lanka Women’s team for the World Cup Qualifier next month with 13 WODI appearances. She will lead one of the sides while Prasadani, the wicket-keeper/batter of the national team with 53 WODI matches under her belt will lead the other team in the three matches.

The two sides will be picked from a mixture of players from the national and emerging squads.

National captain Chamari is not available as she is currently participating in the Women’s Big Bash League in Australia.