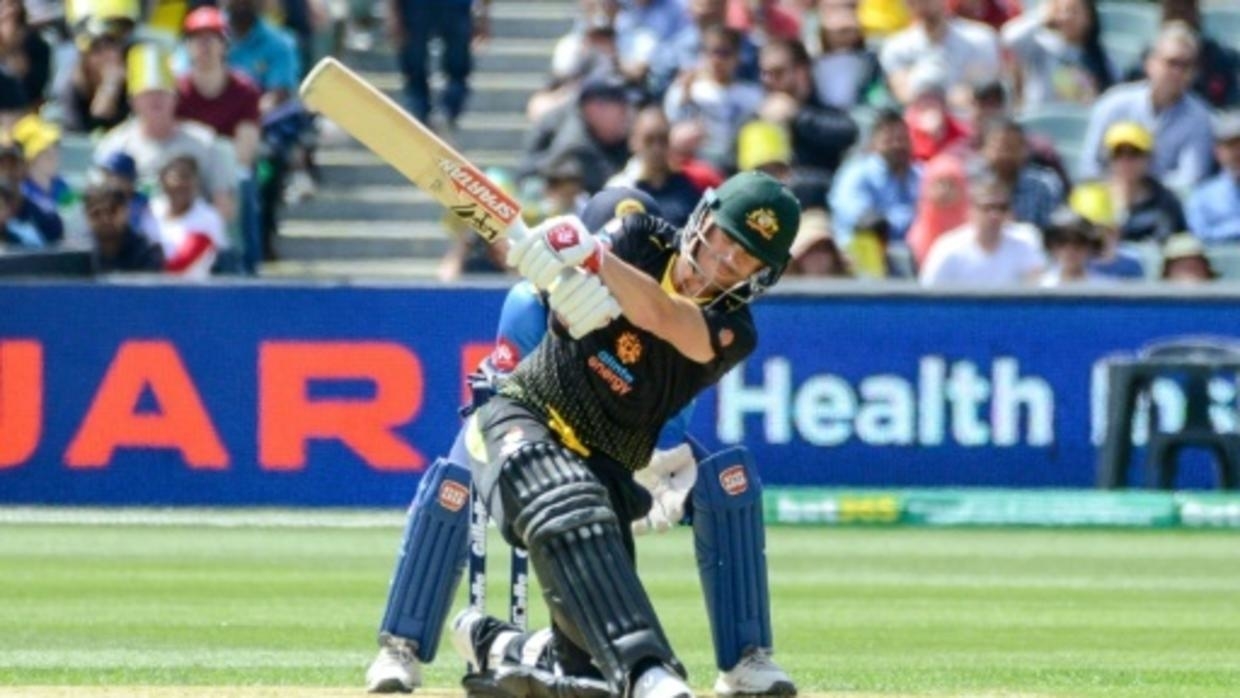 David Warner emphatically bounced back to form with a first-ever Twenty20 century as Australia crushed Sri Lanka by 134 runs in their opening match of the series in Adelaide on Sunday.

Birthday boy Warner clubbed an unbeaten 100 as he powered Australia to a massive 233 for two, aided by century stands with skipper Aaron Finch and Glenn Maxwell.

Sri Lanka limped to 99 for nine from their 20 overs in a meek response, with leg-spinner Adam Zampa capturing three for 14.