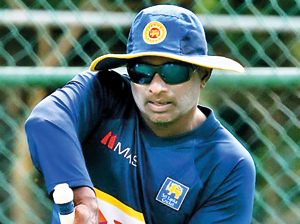 The newly-appointed Sri Lanka ‘A’ team coach Avishka Gunawardene is hungry and is looking forward to give his guards many match exposures as possible given that the competition in here is the fiercest and there have been only an iota of games for them since 2019.

“As for the ‘A’ team, I like to see some more ‘A’ team tours scheduled. With my experience with them, ‘A’ team is fiercely contested, because they know the next step is the national level. So you know, you’re playing for two or three slots in the national team,” Gunawardene told the Sunday Times yesterday previewing his work ahead of his second stint with the team.