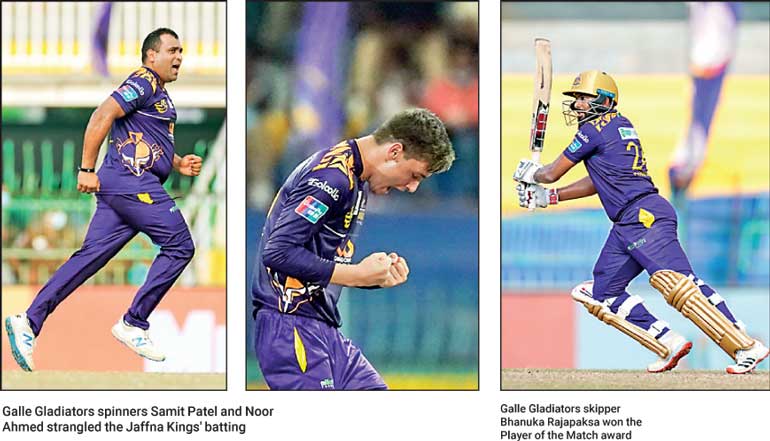 It seems that Galle Gladiators are the nemesis of the team in form Jaffna Kings in the ongoing Lanka Premier League when they beat them for the second time in the league stage to finish second in the standing and thereby get two chances of making it to the final. In the first double-header played at the R. Premadasa Stadium, Galle beat Jaffna by 20 runs in a low scoring match and thereby repeated the success they had against the same opposition in the tournament opener when they won by 54 runs.
ShareTweet