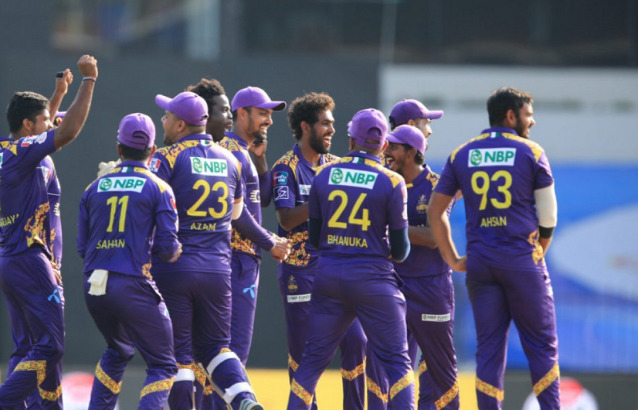 Galle Gladiators, chasing a target of 144, made their required runs with four wickets in hand to seal the victory. They had to take seven runs in the final over, which was bowled by skipper Angelo Perera; and Lahiru Madushanka stroked a six and a four to seal their win with four balls to spare. Galle openers Dhanushka Gunatilleke (45) and Kusal Mendis (16) added 62 runs to make a good foundation in just 7.3 overs.