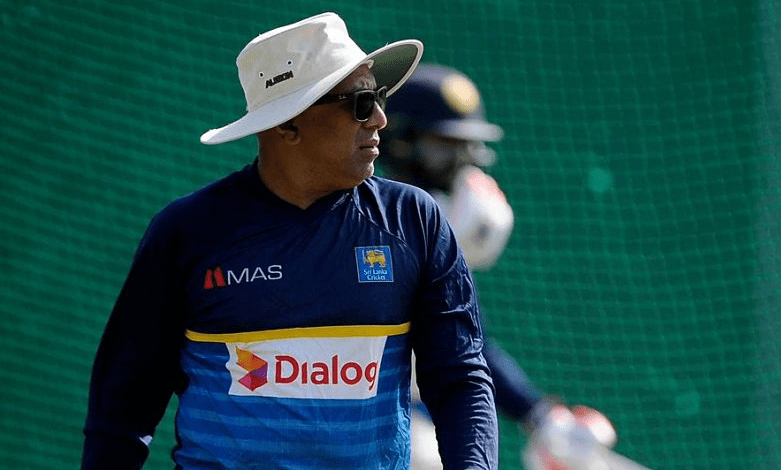 Things changed dramatically after December 2018 when politicians with little or no understanding of the game took control after a court order stopped cricket elections due in May 2018. Sri Lanka’s failed Asia Cup campaign added fuel to fire. The team lost their first round games to Afghanistan and Bangladesh, making an early exit.

After Sri Lanka conceded the Test and ODI series to England at home, the Sports Ministry started gunning for Hathurusingha. They exposed his remuneration package to media and sought the Attorney General’s advice on terminating his contract. He was removed as a selector and summoned to Colombo in the middle of the South Africa series.

Despite all this, Hathursingha bats on.

“I was asked to come down from South Africa by my immediate boss, the CEO, to discuss our preparations for the World Cup and I came,” he said, refusing to elaborate.

The Board at times wanted to remove him due to pressure from all quarters as Sri Lanka faltered in the limited-over format. But it feared it would have to pay hefty compensation under contractual obligations.

“You can’t win matches by chopping and changing players regularly. When did England start planning for the World cup? It was after the 2015 World Cup. If you take stats, India have used only 31 players since last World Cup but we have used 57. In the last two tours, leading up to World Cup, we have used 27.”

“How can you expect results when you make changes like that?” he asked.

“How can you expect the players to be comfortable in their roles? In international cricket, there’s so much pressure for players to perform. When you add more pressure, it will be really hard for them to perform.”

Despite all these Hathurusingha has “no regrets” come back to a place from which he had been sacked before. He was the national team’s assistant coach when he was let go in August 2010 for returning home from Zimbabwe before the tour’s end in defiance of SLC orders to stay on.

“I have another year or so to go,” he reflected.

“When I came, I asked for certain things to deliver. I am still hoping they will provide these. There’s a lot of room to improvement. The Test Championships start straight after this. It is a big challenge for us to compete in that. Then, we have the T20 World Cup in Australia next year. We don’t have much in ODI cricket.”

Admitting that off-field distractions have had a major impact on the team’s performances over the last 18 months (given the turbulence in the game’s governing body), Hathurusingha insists on the continuity of players, coaches and leadership to be successful in world cricket.