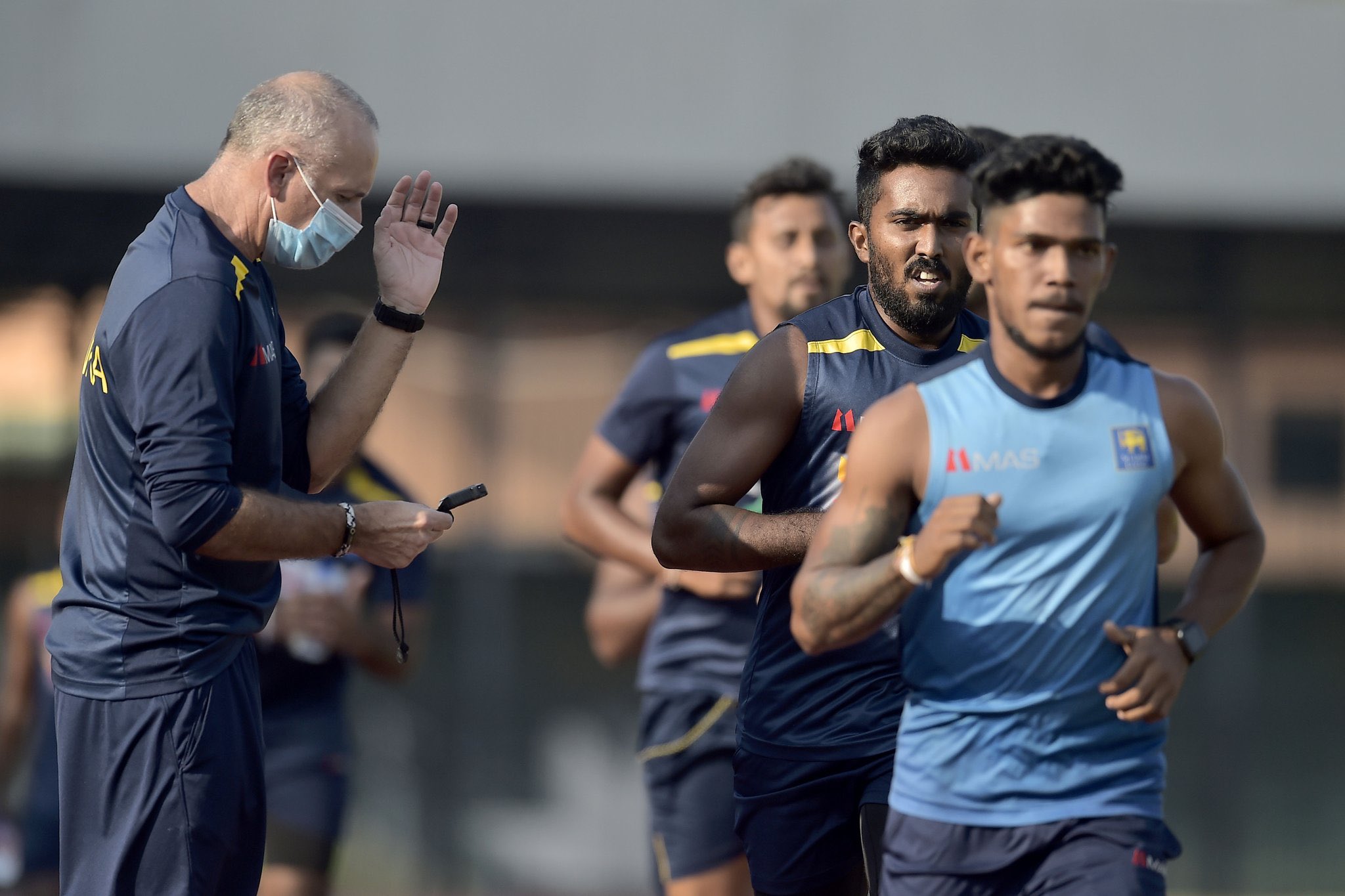 Four Sri Lankan cricketers who are set to begin training ahead of the tour of West Indies have failed yesterday’s fitness test conducted by the national cricket team’s new trainer Grant Luden. There was lot of emphasis placed on fitness following Sri Lanka’s humiliating series defeat at the hands of England a fortnight ago and Luden announced that he will be from this point on, measuring fitness through the two kilometer run.

Accordingly, the players had to finish two kilometers in eight minutes and 35 seconds. The 400 meter track of Sughathadasa Stadium was utilized for the fitness test yesterday and effectively the players had to run five rounds within the stipulated time.