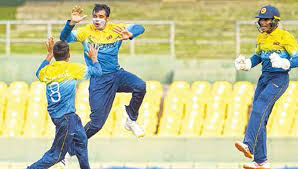 Sri Lanka junior selectors have made four changes to the 20-member Sri Lanka Under 19 squad to meet England Under 19 in a five-match ODI series starting on 30 November at the SSC grounds.

The Sri Lanka Under 19 squad moved into Cinnamon Lakeside on Thursday and with the PCR tests conducted on the players and officials proving negative they will commence a two-hour run in the morning today and start practices from Sunday.

The 19-strong England Under 19 squad are due to arrive in Sri Lanka on 22 November and go into a bio-secure environment under which the series will be played.