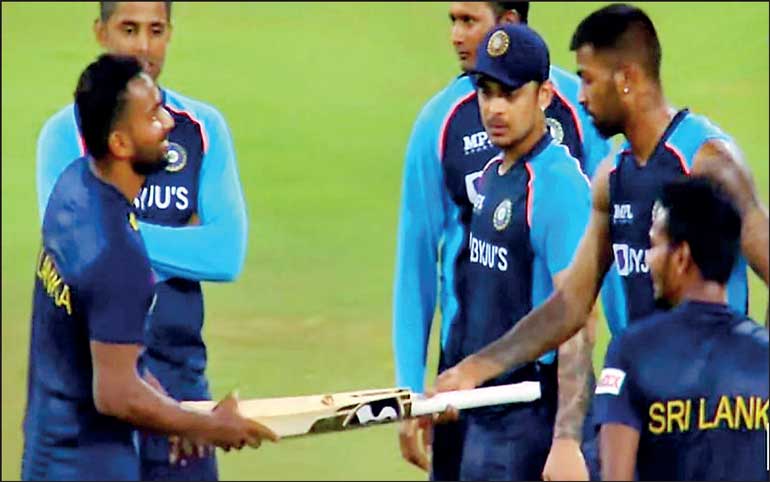 Few cricketers when interviewed on television have captured the imagination of the commentary team who are throwing questions at you to answer.

Soon after Sri Lanka had beaten India by seven wickets in the third T20I to win the three-match series 2-1, Chamika Karunaratne, one of the players who stood out in the series with his all-round contribution, was interviewed on Sony Ten 1 by its presenter British broadcaster with Sky Sports Matt Floyd, and former Indian cricketers Sanjay Manjrekar and Ajith Agarkar.

What came out of the interview impressed the commentary team that Floyd commented: “It was one of the most likeable and interesting interviews I’ve seen with a player recently. You could see the energy coming out of him, the positivity, the vibe and you could see why he is such a good player and why he has improved so much.”