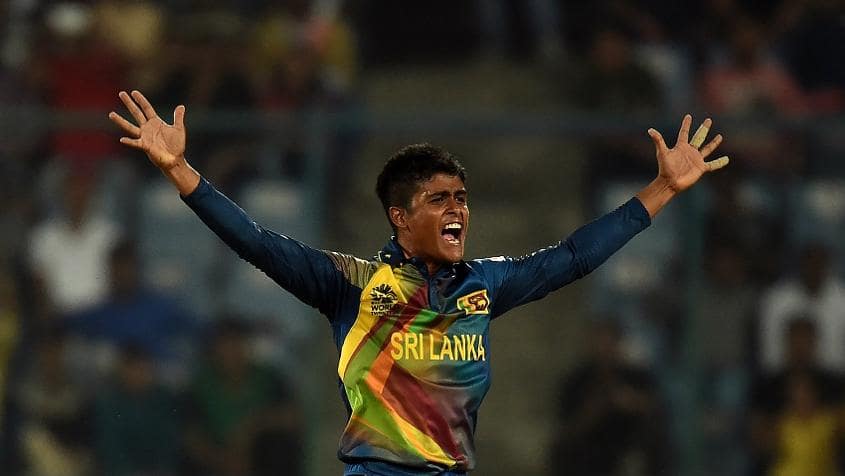 Jeffrey Vandersay says Sri Lanka will “go for it” and play without fear to overhaul the odds at the Cricket World Cup.

Vandersay, who is returning to the squad for the showpiece event, having not featured since October 2017, says his side won’t die wondering as they aim to upset the established order again.

“We are going to go for it. We aren’t just here to take a loss,” said the leg spinner. “We are here to win it and fight for the nation. People can say what they like but it’s the team togetherness that matters; what happens in the camp, how we train and how much we can give.

“There are always going to be negative thoughts, naturally for us, and there are with other teams as well. But even when we fall down, it’s how we get back up and show we are capable of winning games.”

Newly-appointed captain Dimuth Karunaratne embodies the spirit of a squad remodelled for a tilt at a third final appearance in four tournaments.

The 1996 winners, led by coach Chandika Hathurusingha, have brought several stars back into the fold for the showpiece in England and Wales.

Karunaratne made his last one-day appearance at the 2015 World Cup and Lahiru Thirimanne, likely to feature heavily in the top order, last ran out in December 2017.

Their World Cup warm-up campaign began with a 87-run defeat to South Africa, who posted a commanding total of 338-7 to earn victory in Cardiff.

As Vandersay contemplates his own role in Sri Lanka’s bid for glory, he takes heart from Karunaratne’s leadership.

“I’m always confident I can make a contribution to the team,” said the 29-year-old.

“As a spinner you are targeted and with small boundaries, you have to soak up the pressure and still go for the wicket ball.

“I think I have the talent and the confidence I need to get good minutes in the World Cup. I am practising well.

“Dimuth leads by example. He can score quick runs for the team and he will be very important for us, on and off the field.”