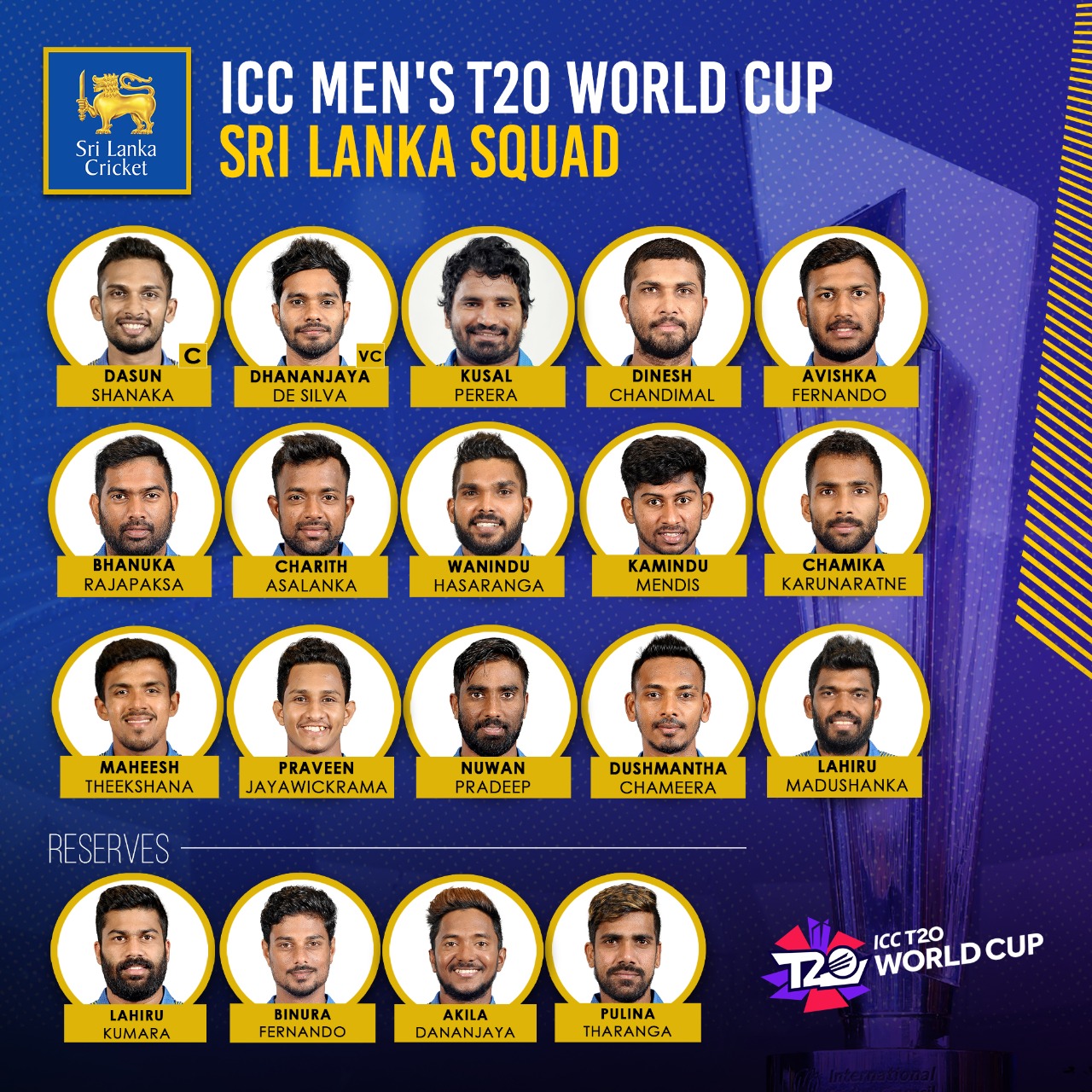 21-year-old off-spinner Maheesh Theekshana, who made his T20I debut in the first match against South Africa and dismissed Heinrich Klaasen, has been included. The youngster was also impressive in his ODI debut earlier this week, picking up a four-wicket haul. The other spinners making the squad are left-armer Praveen Jayawickrema, who made his international debut earlier this year, and Wanindu Hasaranga.