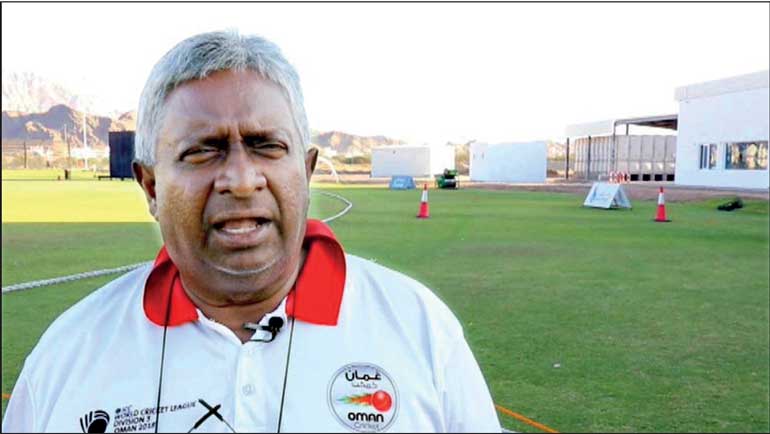 Duleep Mendis is a name synonymous with Sri Lanka cricket. There is no role he has not fulfilled pertaining to his country’s cricket. From being a fad as a schoolboy cricketer to club cricket and then his country, Mendis is indeed a household name wherever cricket in Sri Lanka is spoken.

Today, in fact the last 10 years or so, Mendis has been sharing and offering his expertise as a player, coach, manager and administrator to Oman cricket, which thanks to him is flourishing to the point that they are virtually on par with a country like Sri Lanka for the upcoming T20 World Cup where they too have to qualify for a place in the Super12s.

The two teams are not meeting each other in the qualifiers leading to the tournament proper as they are in separate groups, but will meet in two warm-up games on 7 and 9 October.

“When I came to Oman they did not have any cricket grounds, the first green ground came after my arrival and then the second one. We started building one by one, now we have two grounds in the same place.”

Mendis is confident that Oman can qualify for the second round of the T20 World Cup because they are playing under home conditions and the players are quite familiar with the wickets, but added: “In a T20 game anything can happen, even the best of sides can lose to a weak side. If you lose the grip you don’t have time to come back.”