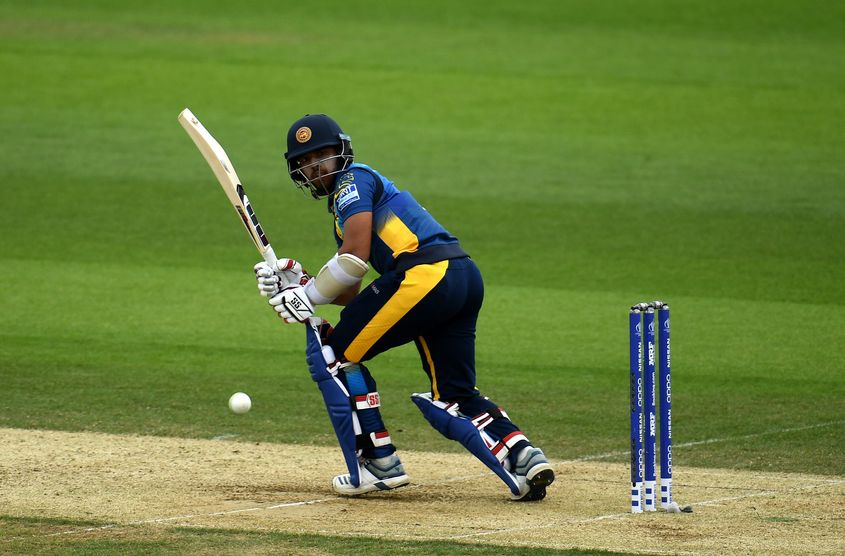 The World Cup is yet to begin but Kusal Mendis admits Sri Lanka are playing catch-up on the eve of their opener against New Zealand.

That followed an 87-run loss to South Africa on Friday, where Sri Lanka also struggled with the bat, scoring 251.

They limped to 239/8 here, led by Lahiru Thirimanne’s 56 at the top of the order, and Mendis insists they need to work hard with the bowling machine in order to sharpen up.

“We did not bat very well. There was a chance to get to 300 out there on that wicket but we struggled in the middle overs and lost any momentum,” he said.

“It was a battle and it ruined the plan we had as a team. We did our best from there but we did not score enough runs and they were able to knock them off.

“We are confident we can turn this around. Angelo Mathews and Lasith Malinga will step it up at the weekend and that will give everyone a lift with bat and ball.

“There are faster wickets here than in Sri Lanka and we will be on the bowling machine to get used to the conditions.”

Sri Lanka won the toss and made a steady start before captain Dimuth Karunaratne fell for 16 to Kane Richardson.

And from there they struggled to build a platform, with Kusal Perera (12), Mendis (24), Mathews (17) and Jeevan Mendis (21) all failing to build on steady starts.

Mendis knows that every road has its bumps and insists the squad will remain patient – citing last month’s terrorist attacks in Colombo as a unifying factor.

“There is a special support here. I am Catholic but some players are Buddhist and then some are Muslims,” he said,

“In Sri Lanka, all religions are the same. We are supporting each other and we have had a lot of support from around the world.

“We are together as a team and the country is behind us. Now it is up to us to perform.”