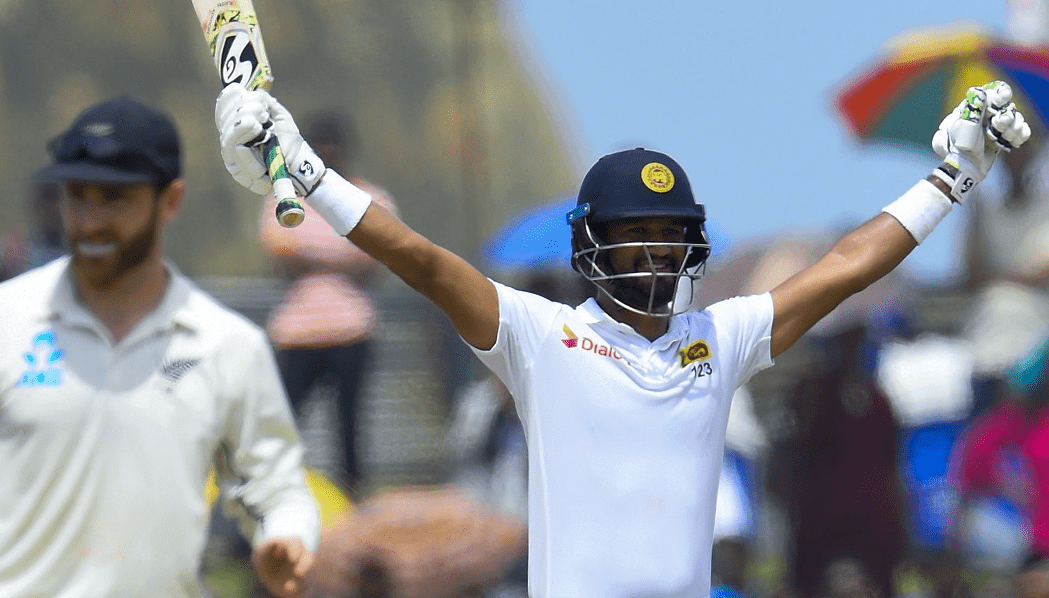 Chasing 268 to go 1-0 up in the two-test series, Karunaratne’s 161-run opening stand with Lahiru Thirimanne (64) set the tone for a successful chase at the Galle International Stadium.

The New Zealand spinners claimed two wickets in successive overs to try to prevent it from being a cakewalk but Karunaratne’s ninth test century effectively killed off the contest.

Karunaratne stroked six fours and hit one six before the right-hander perished when he was caught behind chasing a wide Tim Southee delivery.

The second and final test in Colombo begins on Thursday.

“It’s not easy chasing in the fourth innings. We needed a good partnership, and that’s what Thirimanne and I discussed,” Karunaratne, the man-of-the-match, said.

“On the fifth day, we started well and wanted to keep at it. Once you’re set, you have to make a big one. We are thinking of keeping the basics right for the next test too.”

Resuming the final day on 133 for no loss, the opening pair continued their good work until Will Somerville trapped Thirimanne lbw on review after the initial appeal was rejected.

Kusal Mendis (10) looked in a hurry to seal the match as he hit Somerville for a six and a four before his attempted sweep off Ajaz Patel found Jeet Raval at mid-wicket.

Karunaratne brought up his 100 with his fifth boundary, raising his hands aloft to celebrate the mark.

Kusal Perera made a quick 23 including five fours and Angelo Mathews (28 not out) hit the winning run as Sri Lanka romped home in an extended morning session and clinched 60 points in the newly created test championship.

New Zealand skipper Kane Williamson felt 268 would have been a daunting target had the Galle pitch behaved traditionally.

“I think we’d have definitely taken 268 sort of under the understanding that the surface would wear and tear considerably which we have seen in the past which certainly wasn’t the case,” he said.

“It probably just slowed down throughout the test match but it was a good surface and I guess a number of learnings for us to take away from this game. Not far off but we need to be better collectively for a longer period.”

Reporting by Amlan Chakraborty for Reuters