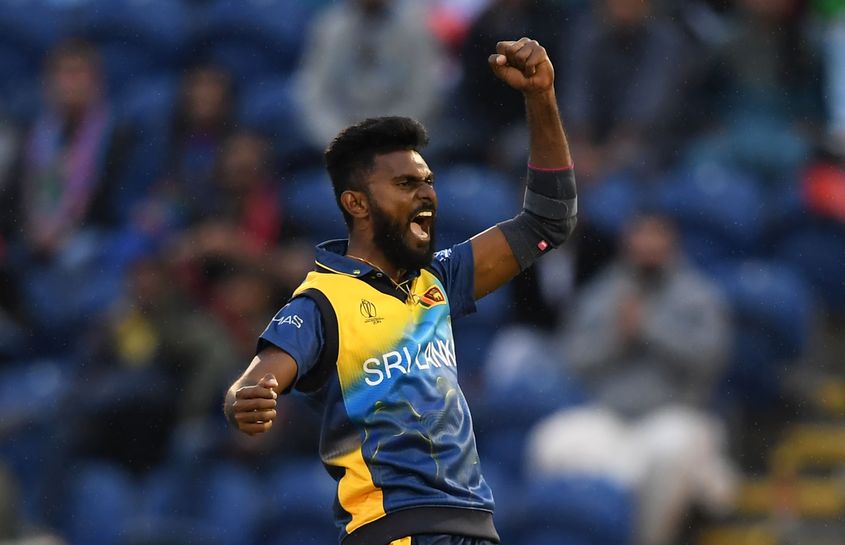 Securing a morale-boosting win was all that mattered to Isuru Udana after Sri Lanka held their nerve against Afghanistan to get off the mark in the ICC Men’s Cricket World Cup 2019.

Sri Lanka recovered from a second batting collapse in as many games to defeat Afghanistan by 34 runs (DLS method) after being rescued by bowlers Lasith Malinga (3/39) and Nuwan Pradeep (4/31).

It was only their second ODI win of the year and ensured they bounced back from a heavy ten-wicket defeat by New Zealand in their opening game after being bowled out for 136.

And while a question mark may still hang over Sri Lanka’s batting, Udana believes the victory will give them the confidence needed to perform better in the rest of the tournament.

“It was good as this was a much-needed win for us, we have been waiting for this win for a long time so it’s good to get off the mark in this World Cup,” he said. “We had some plans in our meetings and they paid off with the ball. Our batting was a problem for us though and I think it has been a problem for the last year. We have to bat longer in the middle as we had a good partnership for the first two wickets and once again we collapsed so we need to do better.

“We knew that the ball would move and we didn’t have any option but to defend, so that was the plan and thankfully we managed to keep taking wickets. Pradeep was the main man and he was probably the man who changed the game. He did really well especially considering he didn’t play the first match against New Zealand.

“He did really well because I think Afghanistan have a lot of experienced guys and I think this win is a really good one for us and gives us confidence going forward.”

Sri Lanka looked in pole position to score a big total after reaching 144/1 thanks in large part to Kusal Perera (78), but they crumbled to 201 all out as Mohammad Nabi took 4-30. Afghanistan then found themselves 57/5 before a partnership of 64 by Najibullah Zadran and Gulbadin Naib gave them hope – only to fall short of the revised total of 187.

Sri Lanka will now face back-to-back matches in Bristol against Pakistan and Bangladesh, and Udana admits his side are looking forward to a change of scenery.

“We had to defend 187 in Cardiff and we knew the ball would move, we just needed to do the right things,” he said. “I think every bowler did really well with the ball.

“In the first game we played against New Zealand here it was too green, some wickets are like flat tracks in England and both of our games we had green tracks. We still have to play with those conditions, we can’t control things like that. The thing is New Zealand are used to these conditions, whereas the Afghanistan players weren’t.

“We believed we had more of a chance and we played five fast bowlers, so we knew we had an opportunity. This win is a much-needed win for us as we haven’t had it for four-five months. We lost in South Africa so this win will boost us. We have Pakistan and Bangladesh in Bristol next and the conditions will not be like this as I hear they are good, flat tracks.

“It’s short boundaries at Bristol as well but still we have to stick to our basic plan and we are confident we can move on from this and go well.”