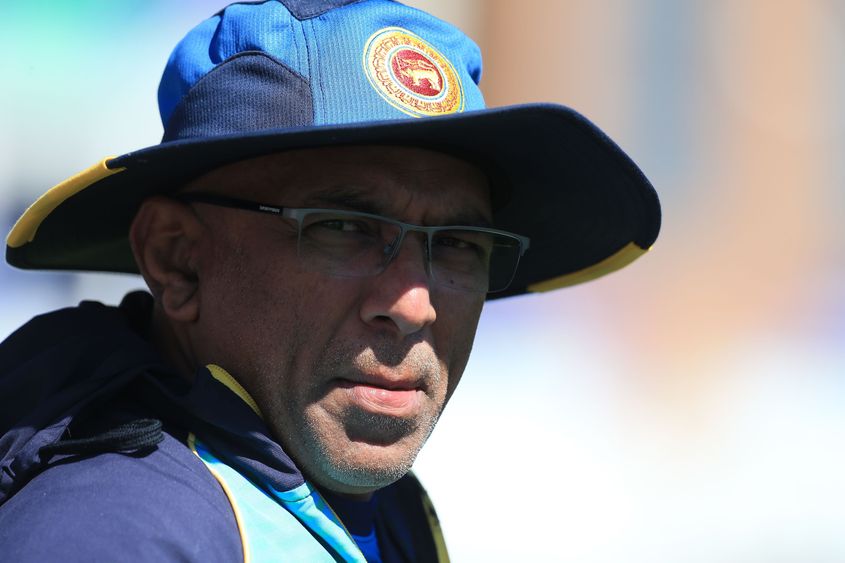 Sri Lanka are wary of a South African side who have nothing to lose in their final matches at the ICC Men’s Cricket World Cup, according to their coach Chandika Hathurusingha.

South Africa have lost five of their seven matches in the group stage and are ninth on the table and are out of contention of making the semi-finals, while Sri Lanka lie seventh.

Victory for Sri Lanka in all three of their remaining matches will see them in with a strong chance of making the final four, but Hathurusinga knows that they have to overcome a wounded South Africa to keep their campaign alive.

“When you have no pressure of qualifying, you can play fearless cricket. At the same time, you could turn up and just want to go home,” Hathurusingha said.

Recently, Sri Lanka have known a South African side that has looked more like the former. In March, South Africa beat Sri Lanka 5-0 in an ODI series at home, and leg spinner Imran Tahir was the highest wicket-taker.

While Hathurusingha acknowledged Tahir’s dominance, he also pointed to the players who missed that series but are at the World Cup as being among those who could be the difference in Friday’s match.

“Our guys play spin okay. Tahir is a world-class performer. I am looking at some of the players who were not in South Africa like Angelo Mathews and Kusal Perera and Dimith Karunaratne. They are in form.”

Mathews and Perera both suffered from hamstring injuries in the South Africa series while Karunaratne had not been selected.

Currently, Karunaratne is Sri Lanka’s top run-scorer at the tournament with 180 runs from four innings, while Mathews is coming off a stunning 85 not out from 115 balls in Sri Lanka’s win over England.

Mathews, in particular, earned the coach’s praise for his heroics in taking the home side down.

Mathews was also involved in 71-run stand with Kusal Mendis and 57-run partnership with Dhananjaya de Silva, which was crucial to ensuring Sri Lanka posted a competitive total. They reached 232/9 and bowled England out for 212 which Hathurusingha said spoke to Sri Lanka’s bowling talent.

“De Silva wasn’t batting as well as we know he can but still had a very good partnership with Mathews,” the coach said. “It is key for us to put partnerships together. Although we didn’t play our best cricket to win the game in terms of batting, we had a perfect bowling display in terms of defending.

“I think we have enough talent and skills to compete with South Africa tomorrow.”

And to get themselves ready to take on South Africa, Sri Lanka have focused on improving their boundary-hitting as they look to clear the ropes at the Riverside Ground.

“We have been practicing power-hitting a lot. The good thing is the top-order has produced. We had two good partnerships in the last game. We know what Isuru Udana and Thisara Perera can produce,” Hathurusingha said.