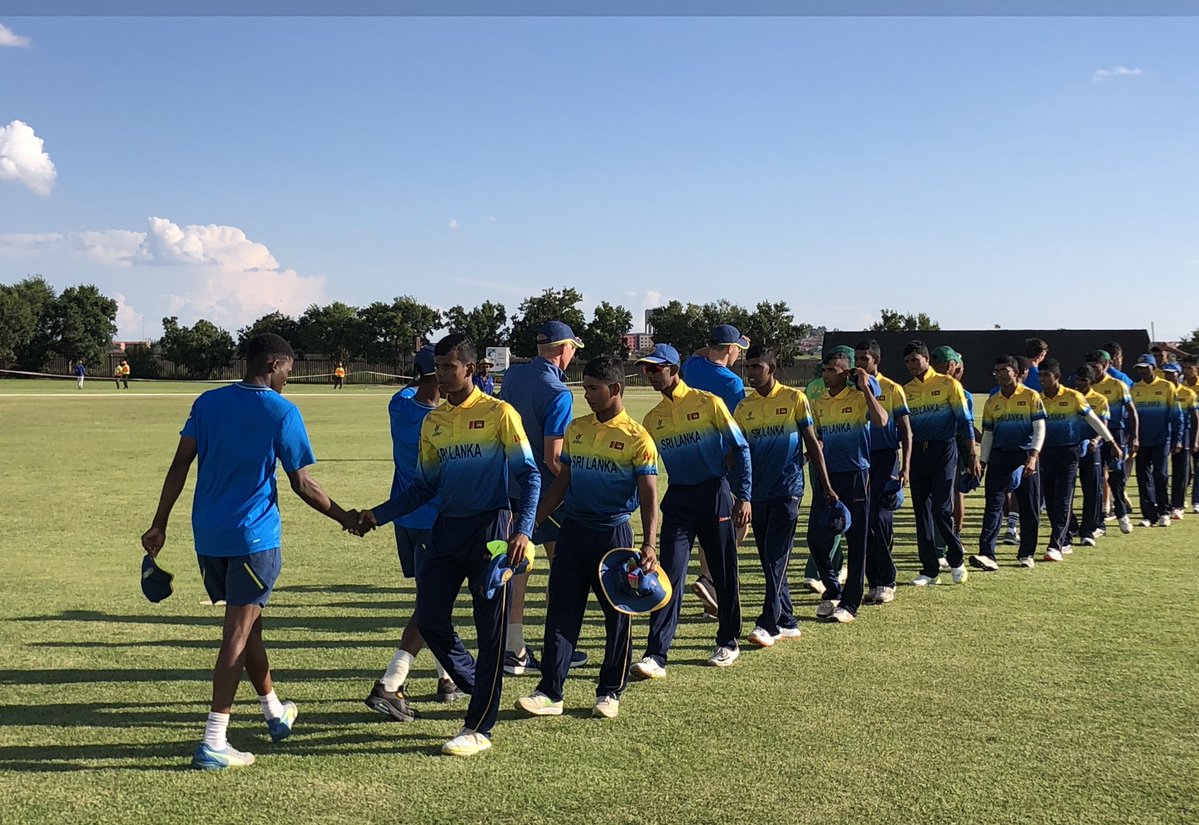 Sri Lanka clinched a thrilling 15-run victory over South Africa at the Braamfischer Oval in Soweto in their opening warm-up assignment of the Under-19 World Cup on Sunday.

After winning the toss and batting first, Sri Lanka’s Navod Paranavithana played an anchoring role as regular wickets fell around him.

The opener smashed an impressive 12 fours and a six during his 64-ball 68, getting his side past the 100-run mark before falling in the 24th over.

Despite a below-par return from most of the Sri Lankan batters, there were crucial contributions from the lower order with Mohamed Shamaaz (32) adding valuable runs to the total as they posted 197 all out with eight balls to spare.

In reply, South Africa’s openers set the ideal foundation, as Andrew Louw (15) and Jonathan Bird combined for a 48-run partnership for the first wicket.

Although the Sri Lankan bowlers managed to take wickets at regular intervals, Bird continued his dominance, scoring eight fours and one six for his 71 off 76 balls.

This was before a spell of 11 overs where South Africa lost five wickets for 39 runs and despite a valiant 46 from all-rounder Jack Lees, the junior Proteas were bowled out for 182.

Sri Lanka’s next warm-up game will take place against Pakistan in Pretoria on January 14.