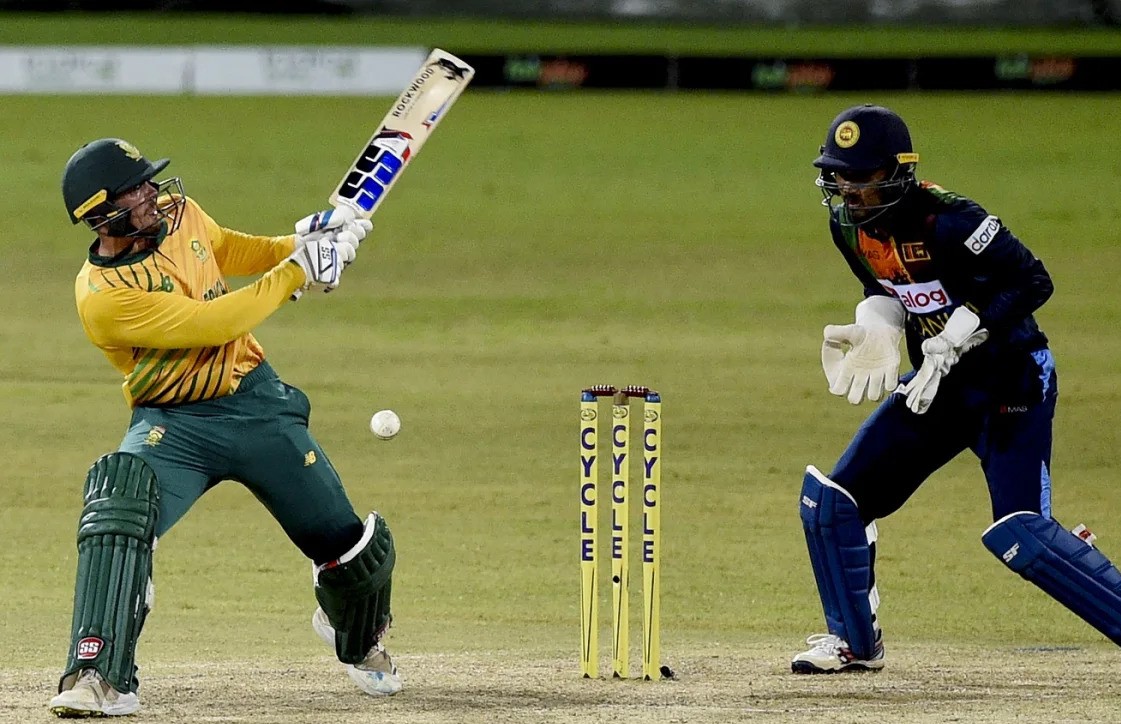 South Africa defeated Sri Lanka by 28 runs in the first T20I, which was played on Friday at the R. Premadasa Stadium in Colombo, to take a 1-0 lead in the three-match series.

After winning the toss and batting first, South Africa posted 163/5 in their 20 overs thanks to a 73-run opening partnership between Quinton de Kock (36) and Reeza Hendricks (38).

Player of the match Aiden Markram finished for the visitors as their highest scorer, with a breezy 48 off 33 deliveries.

Leg-spinner Wanindu Hasaranga’s 2-23 in four overs was the standout performance with the ball for the hosts.

A fighting half-century from Sri Lanka veteran Dinesh Chandimal (66*), who is opening the batting in this series, and late-order entertainment from Chamika Karunaratne (22*) was insufficient to see Sri Lanka overhaul the Proteas’ total.

The second T20I takes place at the same venue on September 12.