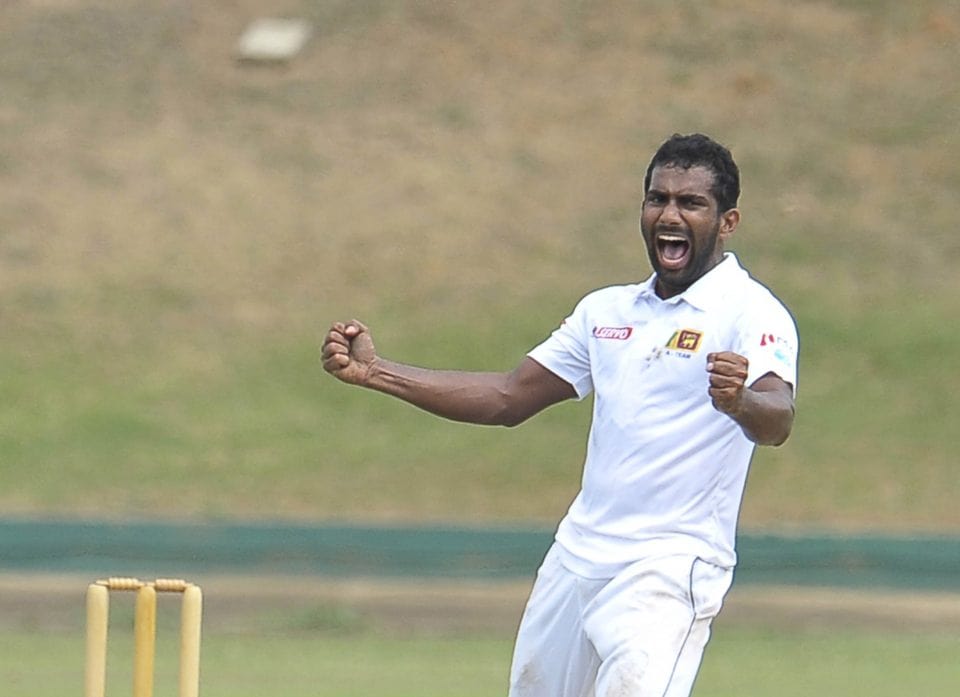 Sri Lanka fast bowlers Lahiru Kumara and Dilshan Madushanka will play no further part in the two-match Test series against Bangladesh as a result of hamstring injuries.

Left-arm spinner Lakshan Sandakan and all-rounder Chamika Karunaratne have been named as their replacements, the island’s cricket board announced.

“Both Sandakan and Karunaratne joined the team today after going through the required health protocols,” Sri Lanka Cricket said in a statement on Monday.

Kumara sustained his injury when fielding during the third day of the first Test, while Madushanka was ruled out of the series after being injured at a practise session two days prior to the series opener.

The second and final Test begins on April 29 in Pallekele.