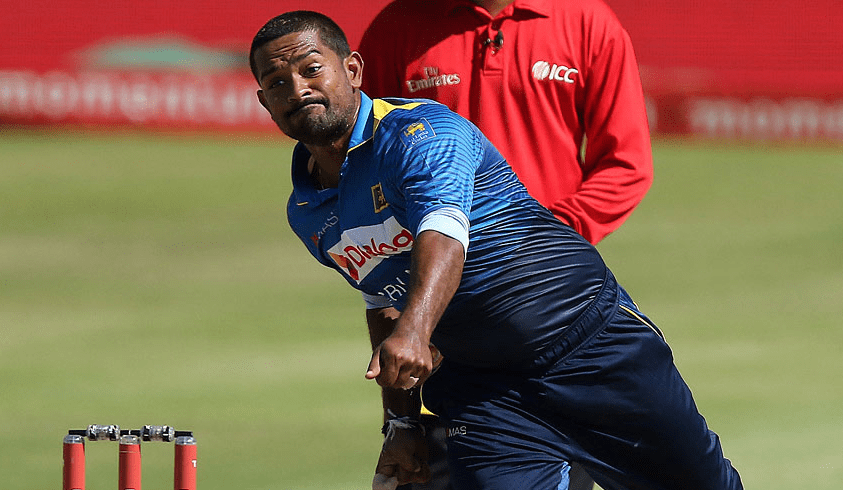 Sri Lankan cricketer Sachith Pathirana was appointed bowling coach of the Sri Lanka U19 team last month and departed for Bangladesh with the national squad for his first assignment on Tuesday.

Pathirana plays for and coaches Badureliya Sports Club, a team which he represented just earlier this year in Sri Lanka’s domestic competitions.

The 30-year-old has reportedly completed the Level 3 Coaching Programme conducted by the ICC Academy.

Pathirana’s inclusion in Sri Lanka Cricket’s coaching setup, whilst he is still available for national selection, has drawn criticism in the Sri Lankan press.

A report published in The Island newspaper in August suggested the move was to please Pathirana’s influential father.

“Ever since Thilanga Sumathipala was elected President of Sri Lanka Cricket, Pathirana received an extended run in the national cricket team despite minimal returns,” the report in the Sri Lankan newspaper read.

“Now that he has been well and truly exposed in the international arena, the current administration seems to be pushing his case as a coach.

“Pathirana’s father Janaka controls around seven votes at the cricket AGM and voted heavily in favour of the current administration during the last cricket elections.”

Sri Lanka U19 are in Bangladesh for a two-match Unofficial Test series and five Youth ODIs, which begins on October 25 with the first Youth Test in Barisal.