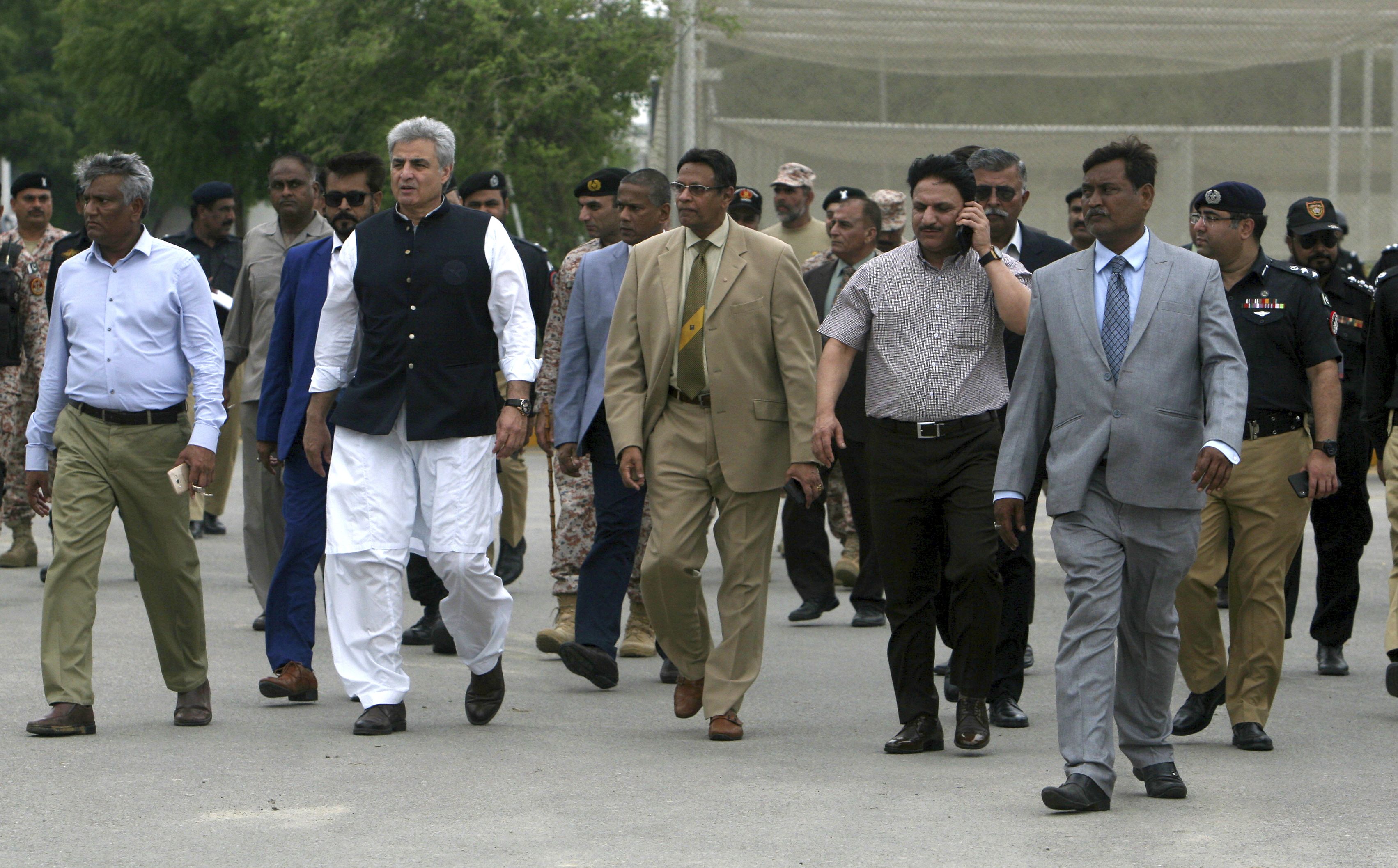 A high-powered four-member security delegation from Sri Lanka visited National Stadium in Karachi on Wednesday to assess the possibility of staging a two-match test series in October.

“We had a very fruitful discussion, briefing about the arrangements made for the test match here from the top brass (of Pakistan security officials),” the head of the delegation, Mohan de Silva, told reporters.

“They made some very comprehensive presentations which we are very happy to have had gone through.”

Pakistan has not hosted a test match since terrorists attacked the Sri Lankan team bus in Lahore in 2009. Eight people were killed in the attack, and several Sri Lankan players were injured.

Since then, Pakistan has played almost all its international “home” matches in the United Arab Emirates, with the exception of two test matches against Australia in England in 2010.

“Due to the unfortunate experiences we had in 2009 there’ll be lot of concerns naturally among the players and the people of our country, so we need to carry out a thorough assessment of the security situation,” de Silva said.

“We will thereafter let the Pakistan Cricket Board know how best we could take this matter forward.”

The Sri Lankan contingent will visit Gaddafi Stadium in Lahore on Thursday, where they will attend another briefing from top government and PCB officials.

“Pakistan and Sri Lanka have a very strong and a cordial relationship over the years,” de Silva said.

“We are cautious of the fact that we got to honor our obligations, but at this moment of time we are just going through the briefings and tomorrow morning we’ll be in Lahore, also attending a session of briefings.”

The PCB has long been trying to persuade foreign teams that it’s safe to play cricket in Pakistan. The efforts were given momentum this year when eight Pakistan Super League matches were staged in Karachi.

The two-test series between Pakistan and Sri Lanka will be the first for the two countries as part of the World Test Championship.