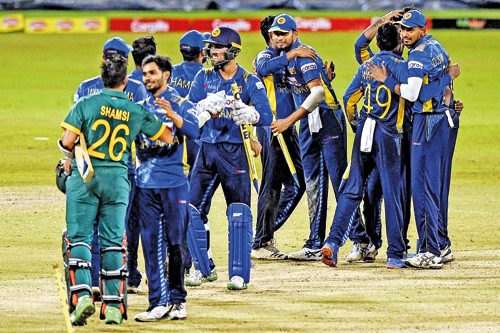 Sri Lanka will make four changes to their squad for the upcoming men’s T20 World Cup with Pathum Nissanka, Lahiru Kumar, Binura Fernando and Akila Dananjaya likely to be included in the 15-man squad, which needs to be finalised by today.

Nissanka, Kumara and Fernando are certain of a place but the selectors are weighing their options with regard to the spinner’s slot where Pulina Tharanga’s name has also been discussed along with Dananjaya. However, given Dananjaya’s experience, having played 31 internationals since making his debut at the 2012 World Cup held in Sri Lanka, the off-spinner stand a slight advantage over the uncapped leg-break bowler Tharanga. Spinner Praveen Jayawickrema, who was initially named in the 15-man squad will be relegated the travelling reserves.