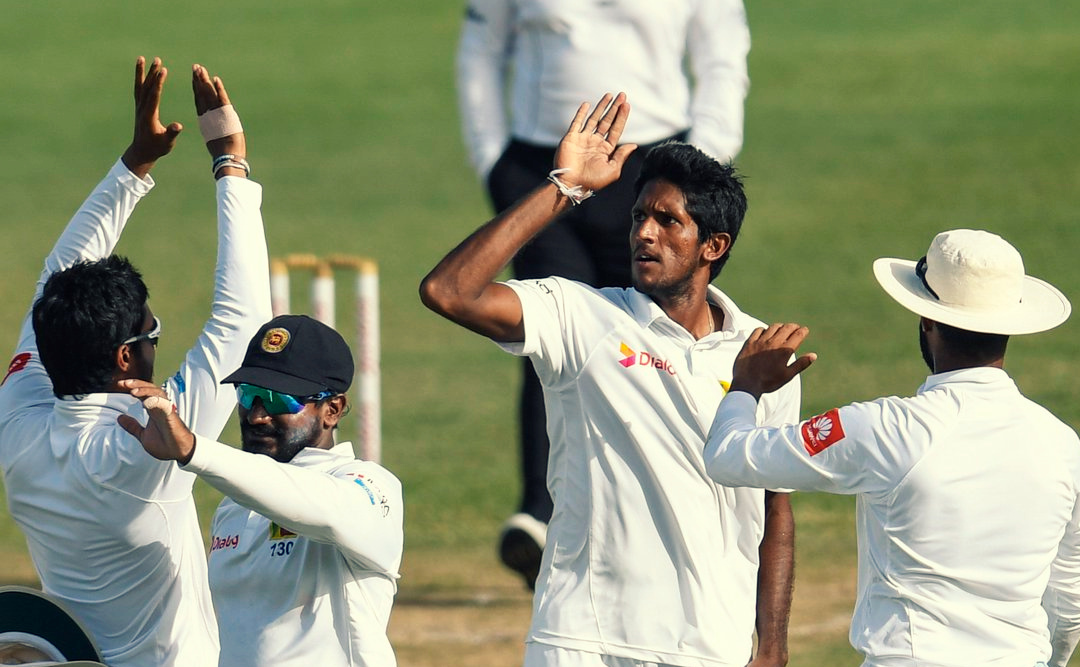 Sri Lanka’s Kasun Rajitha will miss the second Test against Pakistan in Karachi due to injury, team manager and selector Ashantha de Mel has reportedly confirmed.

Rajitha suffered a strain to his left hamstring during the first Test in Rawalpindi, according to a report on ESPNCricinfo.

The visitors will not call for a replacement from Sri Lanka, the report added.

Rajitha’s absence leaves Sri Lanka with an inexperienced pace attack, as Suranga Lakmal pulled out of the tour at the last minute after contracting dengue.

Sri Lanka are now left with Lahiru Kumara, Vishwa Fernando and Asitha Fernando, who is yet to make his Test debut, to form their pace attack for the final Test of the series, which is a part of the ICC World Test Championship.

The second and final Test match gets underway in Karachi on Thursday.