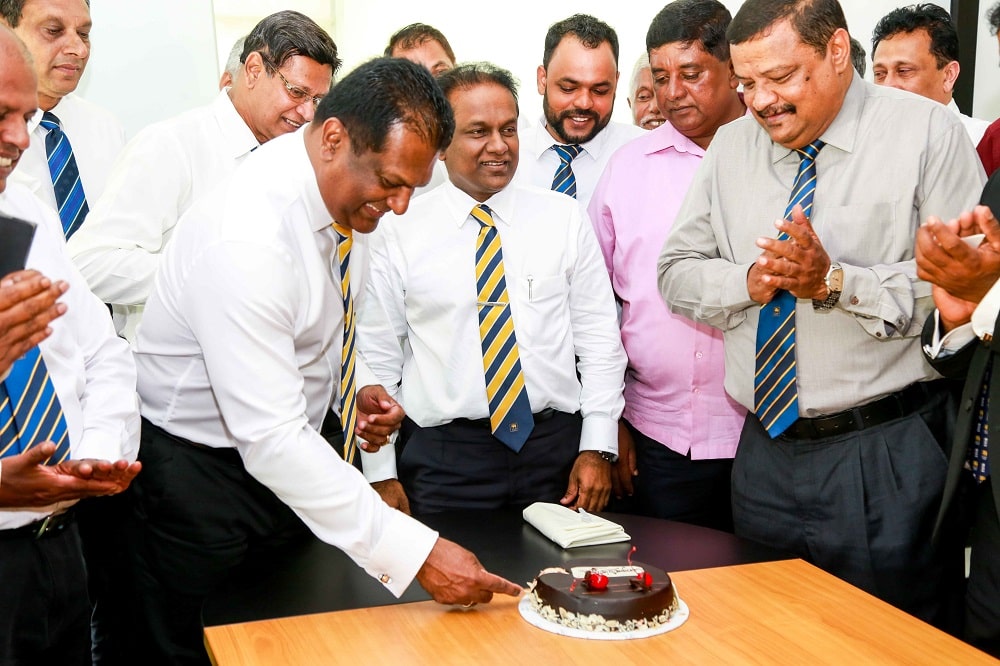 The standard of Sri Lanka’s first-class tournament today is so inferior that, when Sri Lankan cricketers graduate to play for the national side and are scrutinised at the Test level, they make greenhorn mistakes that should have been ironed out at club or school level.

The top Test teams tend to debut players who don’t resemble novices and are prepared for the big league, while Sri Lankan newcomers look out of their depth and in over their heads, even 30 innings into their careers some.

A remedy to the low-quality first-class tournament is unattainable, Sri Lanka’s ODI and Test captain Dimuth Karunaratne must’ve realised when he admitted Sri Lanka must “close that gap” between their domestic cricket and the international level by allowing more Sri Lankans the opportunity “to play in IPL, Big Bash or county cricket.”

“We have to give them permission to play in overseas tournament to gain experience and come back. Those are the things I’m expecting from the cricket board after this World Cup,” Karunaratne told reporters during the World Cup in England.

Batting great Kumar Sangakkara recalled in an interview how international coaches grappled with cricketers produced by Sri Lanka’s premier clubs, as they were ill-prepared for international cricket.

“Trevor Bayliss made the comment that when he was coach, we were teaching newcomers how to play first-class cricket while being in the national side,” Sangakkara said in an interview with ESPNCricinfo. “You want [players] to be the finished article already.”

But Sri Lanka’s government has been unable to enforce the changes required to improve the standard of first-class cricket, while the cricket board is committed to allow the status quo to remain—the heads of Sri Lanka’s cricket clubs, who elect cricket board officials to positions within SLC, do not want the cricket board to move away from the club-based tournament, as that will make the clubs redundant. 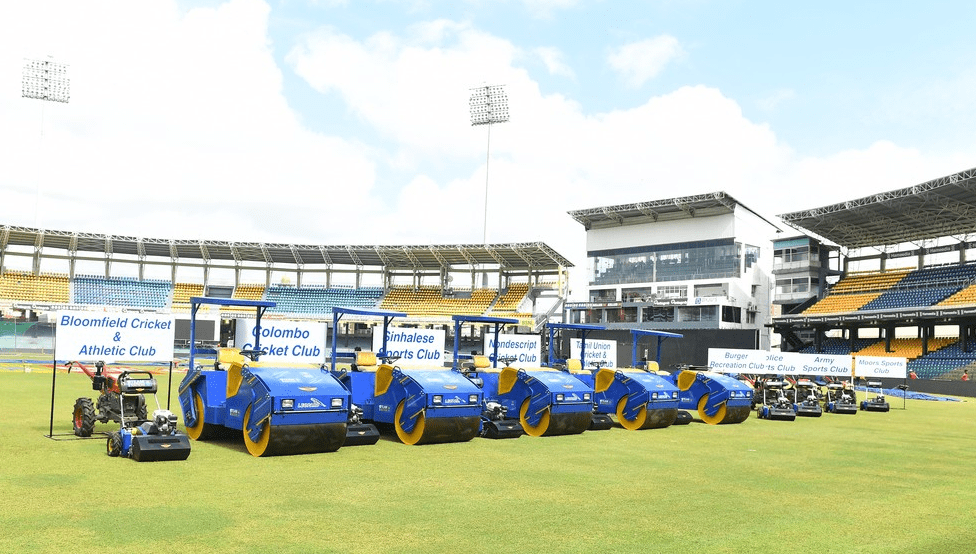 There are millions of rupees at stake for these clubs if SLC handouts cease, which is inevitable if the cricket board reduces its dependency on clubs, whose administrations are largely headed by former SLC officials with dismal track records.

And for SLC’s president, secretary, and other executive committee members, being subservient to these clubs is a priority—the votes from clubs help elect Sri Lanka’s cricket board.

Introducing more clubs into Sri Lanka’s first-class competition therefore benefits both the clubs and SLC officials who expect their votes in return. What has resulted is a diluted first-class tournament that has halted Sri Lanka’s progress at the international level.

Sangakkara has spoken of how Sri Lanka’s club-based first-class tournament was once limited to a handful of clubs and produced high-intensity cricket and challenging conditions, however, since 2016, SLC administrators have reduced Sri Lanka’s domestic cricket tournaments to a pointless exercise.

“One of the drawbacks was in 2016, with Sri Lanka Cricket increasing the number of teams that play first-class cricket from 10 to 24,” Rex Clementine reminded us last year in an article for Hindustan Times.

“At a time when critics felt that 10 first-class teams in the domestic structure was too much, expanding it to 24 was a killer blow as it further diluted the level of competition in domestic cricket.

“The move was done to please the member clubs who vote at the cricket elections.”

The unhealthy control clubs have on Sri Lankan cricket is also the primary reason inept administrations continue to be elected to govern SLC, and Sri Lanka have paid a heavy price for the failures of the many incompetent and corrupt men the cricket board has attracted.

“In 2016, former greats Kumar Sangakkara, Mahela Jayawardene and Aravinda de Silva were requested by the Ministry of Sports to submit a structure for domestic cricket,” Clementine added. “The trio suggested that Inter-Provincial cricket, comprising five teams, become the highest form of domestic cricket above the Inter-Club tournament.

What is clear is that the clubs that once were a vital pipeline to introduce talent to the national cricket team no longer produce players capable of excelling at the international level unless SLC invests in them starting at the under-19 level.

The cricket board today has been forced to identify talent early, coach and gym-train youngsters themselves to introduce players to the Sri Lanka U19 and Sri Lanka A squads, often by-passing the club competition altogether. The clubs have become a liability and are now a burden too heavy to bear. They no longer can argue they invest in player development, as that has largely been SLC’s responsibility in recent times.

Meanwhile, the Sri Lankan government is handicapped by the ICC who require member boards be run by elected bodies and be free of government interference. The sports ministry cannot simply disband the SLC executive committee and revamp the election process to put an end to the destructive hold clubs have on the cricket board without the ICC taking action, including suspending Sri Lanka as they recently did to Zimbabwe.

And what that means for Sri Lanka is that they will be stuck with lackeys of clubs in key positions at SLC and a lousy first-class tournament unless extreme measures are taken by the government.

With a presidential election on the horizon in Sri Lanka and a parliamentary election due by 2020, as well as an opposition in parliament that sows chaos and instability whenever possible, the present government has its hands full and is unlikely to take on this challenge now.

Bizarrely though, the new sports minister Harin Fernando has reportedly ordered the cricket board to fire the national team’s coaches, which would qualify as government interference the ICC does not permit.

Fernando and the sports ministry did not intervene to prevent the current SLC administration from being elected in February by acting swiftly in the months before the election to redress the flawed SLC election process. This meaningless meddling from the sports minister will perhaps not accomplish anything significant to resurrect Sri Lanka’s most-popular sport.

Regardless of the threat of suspension by the ICC, Sri Lanka’s government must step in and restructure SLC’s management and the election process—the situation is that dire.

Changing the sports law to disallow those who have previously served at all national sports bodies from contesting at elections will eliminate the same old bad elements from re-emerging at Maitland Place, while an amendment to the sports law that forces SLC’s constitution to limit the number of votes and remove the influence of clubs at elections by defining new stakeholders (voters) will prevent SLC officials from manipulating the election process.

The clubs and others who hold voting rights will resist these changes and may even launch legal challenges claiming they have a right to be stakeholders, but nothing could be further from the truth. Those who have had the privilege and the enormous responsibility of being able to elect the SLC executive committee have failed the sport and the expectations of millions of fans.

From the ICC probing widespread corruption in Sri Lanka and banning several former players who were employed by SLC over corruption-related charges to the mediocre results on the field, the rapid slide down the ODI rankings and a rubbish first-class tournament; those elected by SLC stakeholders have overseen Sri Lankan cricket to rock-bottom.

Putting an end to the clubs’ detrimental hold on SLC will allow for the introduction of a new first-class tournament with a limited number of teams. Just as equally important is the urgent need for more competent management at the cricket board, but all of this can only be accomplished if radical changes are implemented by the government—no cricket board elected by the current stakeholders of SLC will ever produce the good governance and competent management Sri Lanka so desperately requires.