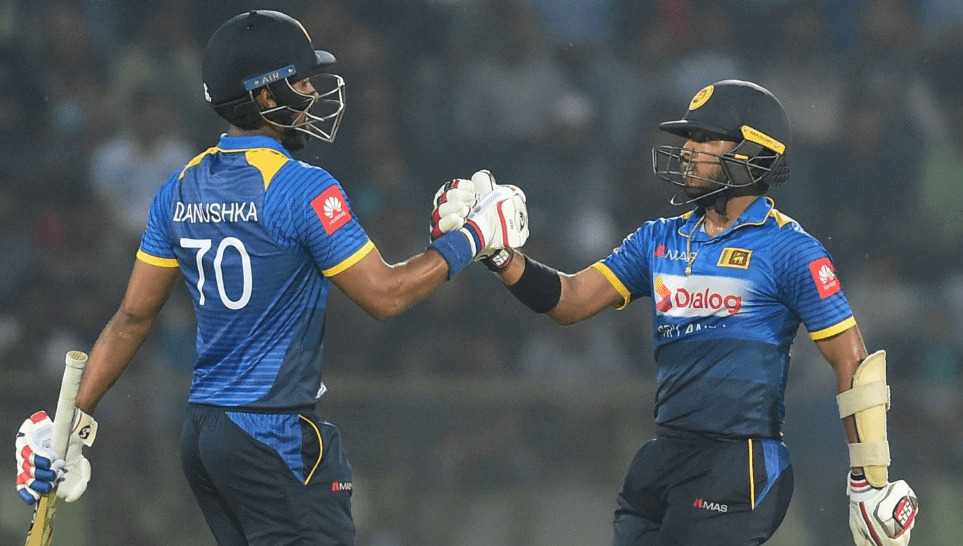 Sri Lanka cricketers Kusal Mendis, Niroshan Dickwella and Danushka Gunathilaka have been suspended pending an inquiry and will return to Sri Lanka from England mid-tour, Sri Lanka Cricket (SLC) has said in a statement.

Mobile phone footage circulating on social media of the players outside their team hotel in Durham, where COVID-19 cases have seen a worrying rise, has led to allegations of the players breaching health measures.

“The decision to recall the players was taken by the Executive Committee of Sri Lanka Cricket, based on the Manager’s Report on the matter,” the SLC statement read.

“The three players will be suspended, from all forms of cricket, until the completion of the inquiry.”

The players would likely have missed the ODI series against England starting Tuesday, given that they would have been forced to quarantine when it came to light they had breached the bio-secure bubble.

Seemingly outraged by the incident, Sri Lanka’s Sports Minister Namal Rajapaksa called on the cricket board to “take strict action against players” involved in the incident.

Meanwhile, England seamer Mark Wood was asked by reporters, during a media briefing for the launch of the ODI series on Monday, of his thoughts on the matter.

“It’s disappointing from them (Sri Lanka),” he said. “It’s a shame for the Sri Lanka players and their team. I don’t know what their team measures are, if they are more relaxed, as I only know what we have been told from our team point of view.

“We are going to have to make sure we are doubly on it now because little slips like this can put the whole thing in jeopardy. We have taken this very seriously in terms of appointing a Covid compliance officer who tells us everywhere we go what we can and can’t do.

“Durham is an area that is apparently quite high with the level of Covid so we have been told we couldn’t go to coffee shops or restaurants. We can go for a walk but are only allowed in certain places. We have had to be a bit more rigid with Durham being a hotspot.

“I am happy the game goes ahead. From an England point of view, I hope nothing changes and we can get on with the game.”