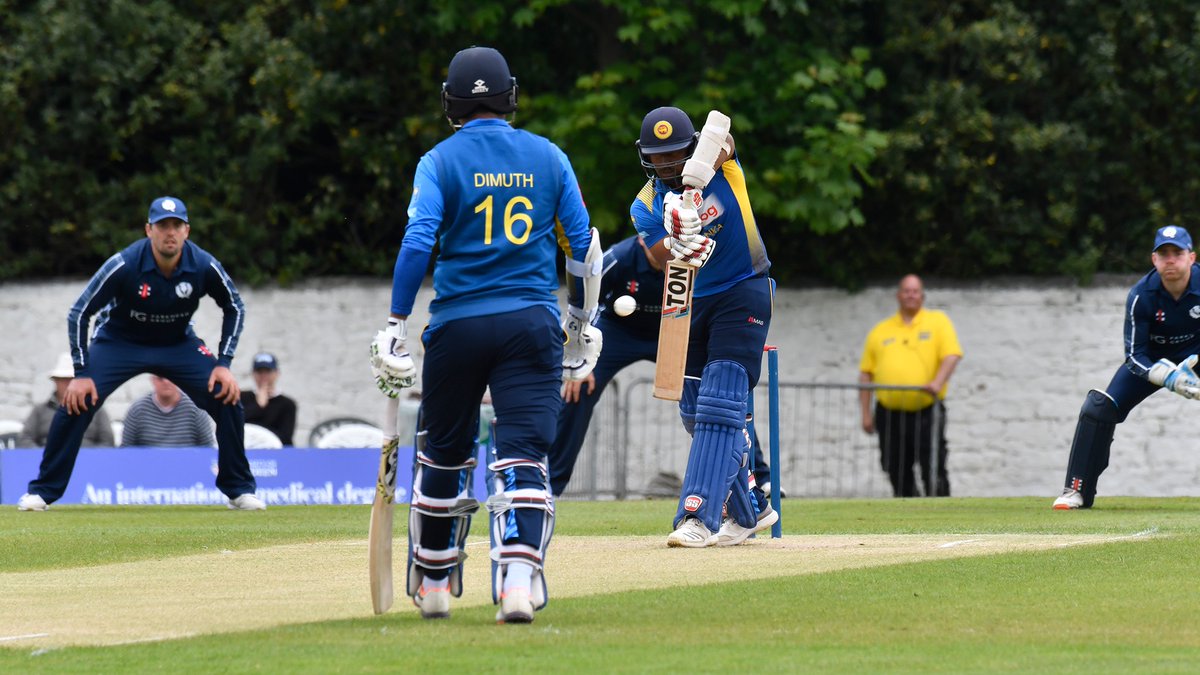 Opening batsman Avishka Fernando defends a delivery during the second and final ODI between Sri Lanka and Scotland in Edinburgh on May 21, 2019. © Cricket Scotland

Sri Lanka ended their eight-match One-Day International losing streak ahead of the World Cup with a 35-run win over Scotland in the rain-affected second and final ODI of the series in Edinburgh on Tuesday.

The Scots may not have qualified for the World Cup but last year beat tournament hosts and favourites England to prove they were well capable of causing an upset.

Saturday’s opener had been abandoned without a ball being bowled due to rain but the teams had better luck with the weather this time.

Sri Lanka’s new ODI captain Dimuth Karunaratne top-scored with 77 in a total of 322/8 — just his second fifty at this level and first since he reached the landmark against Scotland on the same ground back in 2011.

It was one of three fifties in the innings, including opening partner Avishka Fernando’s maiden ODI half-century.

But both batsmen were dropped off Brad Wheal — Karunaratne at first slip on 13 and Fernando on 22 at mid-off.

Karunaratne received a third life on 36 when Calum MacLeod couldn’t hang on to a sharp chance at midwicket off left-arm spinner Mark Watt.

Sri Lanka pace bowler Nuwan Pradeep then took four wickets and Scotland were bowled out for 199 after being set a rain-revised target of 235, needing 103 off seven overs.