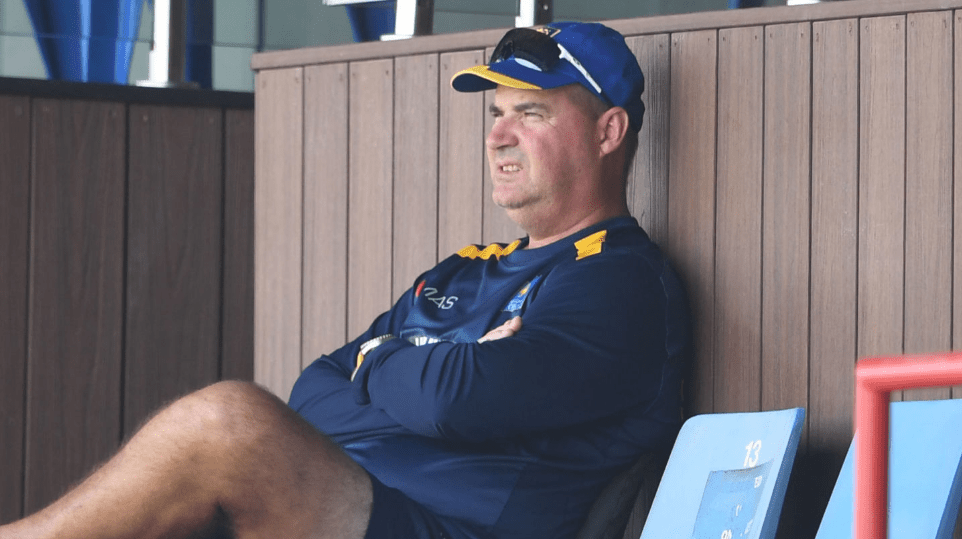 Sri Lanka cricketers are unhappy with head coach Mickey Arthur and can no longer trust the coach, a report by a Sri Lankan newspaper has claimed.

“Sri Lankan players seem to have lost confidence in the coach, who they say cannot be trusted,” The Sunday Times has revealed. “This is a serious issue going forward as lack of trust between the two parties would derail whatever plans implemented to take cricket forward.”

According to The Sunday Times, Sri Lankan players are uncomfortable with Arthur, who has been accused of favouritism, being involved with the new points system for the proposed performance-based contracts.

The island’s cricket board and the players are embroiled in a contract dispute, with the players calling for a more transparent and less subjective grading system than what has been presented by Sri Lanka Cricket’s technical committee headed by Aravinda de Silva.

The new SLC central contracts will see a reduced number of overall contracts handed out and a significant reduction in wages, in addition to monetary incentives and contracts allocated based on a points system for winning matches, fitness, leadership, professionalism, and future potential and adaptability.

The newly-introduced grading system was utilised by coach Arthur, the selection panel, and the physical performance manager to award the contentious contracts, which the players unanimously rejected even when faced with the threat of suspension.

“Although cricketers had principally agreed to take a pay cut given the global economic environment due to the global health crisis, they weren’t happy with how the 24 players had been graded,” the report by The Sunday Times added.

“For instance, former skipper and all format player Angelo Mathews was graded in A-2 with a retainer value of $ 80,000 while Test skipper Dimuth Karunaratne was graded further down in A-3 with a base value of $ 70,000. Both Mathews and Karunaratne along with Suranga Lakmal, who was offered a B-1 contract, have performed reasonably well during the two years in consideration.”

“The players also find it hard to understand how Niroshan Dickwella gets a top category A contract when he has not performed well in the ODI format, and how Pathum Nissanka and Kasun Rajitha leapfrogged to the $55,000 and $50,000 pay brackets despite playing too little international cricket. And, how Nuwan Pradeep, Sri Lanka’s leading bowler in T20 cricket could not find a place in any of the four categories,” the report went on to state.

In addition to the emerging rift between players and the coach over contracts, Arthur was also recently involved in a spat with Bhanuka Rajapaksa that played out in the media.