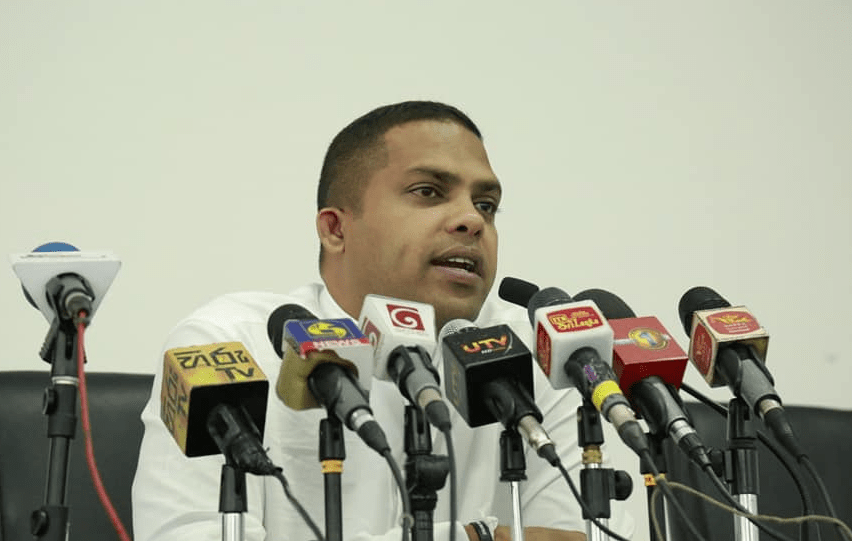 Sri Lanka’s Sports Minister Harin Fernando told reporters in Colombo his meeting with the International Cricket Council (ICC) earlier this week had confirmed his fears over widespread corruption in cricket in Sri Lanka.

“When on December 27 I met the ICC’s head of anti-corruption unit Alex Marshall, one point he raised really impacted me—he informed me Sri Lanka Cricket (SLC) was the most corrupt cricket board in the world,” Fernando told journalists.

Fernando further revealed the ICC had displayed photographic evidence to him from ongoing investigations and he also disclosed the ICC would create an office in Sri Lanka to assist them in concluding their inquiries.

I had a very positive meeting with ICC Anti Corruption Unit in Dubai today, They handed over a report to me, a senior ICC Anti Corruption officer will be posted to Sri Lanka to work with us. Looking forward to meet ICC President very soon to discuss matters further

The sports minister refused to divulge details of the evidence presented to him, as he said he did not want to impede the ICC’s probe.

Sri Lanka will introduce new legislation to criminalise match fixing, while the ICC will provide an amnesty period in which players can assist the ICC’s inquiry, Fernando added.

In October, the ICC announced former chief selector Sanath Jayasuriya had been charged with two counts of breaching the ICC Anti-Corruption Code, while Nuwan Zoysa and Dilhara Lokuhettige have been charged and banned over claims of match fixing by the ICC.

The newly-appointed sports minister has said he intends on postponing February’s SLC election and prefers an interim-committee to govern SLC until allegations of corruption are probed.

Correction: This article incorrectly named Jeevantha Kulatunga as being charged and banned by the ICC. Kulatunga, who was filmed in an undercover sting by Al-Jazeera in May, was suspended by SLC until the ICC’s investigations are completed. He denies any wrongdoing.