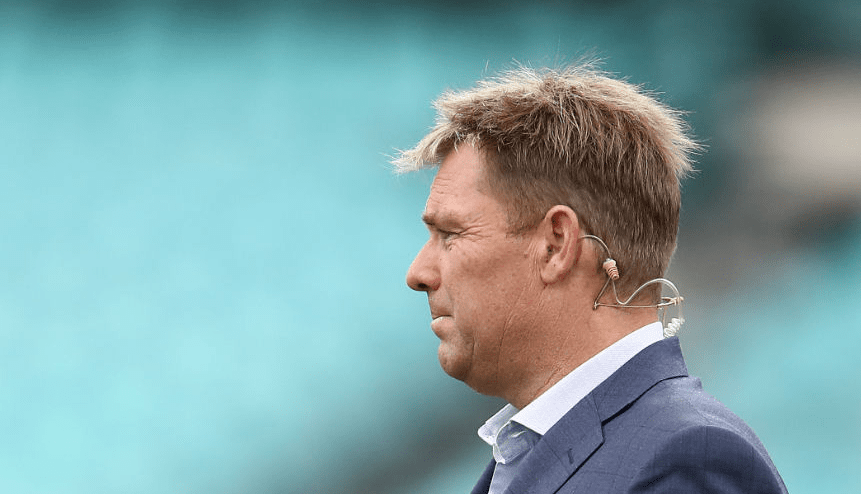 Sri Lankan spinners on tour in Australia recently had the opportunity to speak with Shane Warne and had received useful tips from the bowling great, Sri Lanka’s chief selector and team manager Ashantha de Mel said.

Warne was a part of the TV commentary team for the T20I series between Sri Lanka and Australia, which the visitors were whitewashed 3-0 in.

“We got Shane Warne to speak to our spinners in Brisbane,” de Mel told Sri Lanka’s Daily News newspaper.

“[Warne] asked our spinners, ‘Did you realise that the ball doesn’t spin much in Australia’. They said, ‘Yes’. When he asked them what you should do when it doesn’t spin, our spinners did not have much of an answer,” de Mel revealed.

“What Warne said was, if the ball doesn’t spin you’ve got to put more over spin and get more bounce off the wicket. When you over spin you come from the top, our guys spin from the side.

“Then what happens is the ball skids and then it is easy to sweep but when you bowl the top spin the ball tends to bounce more. So, even if you go to sweep you might get a top edge.

“Actually [Lakshan] Sandakan improved a huge amount on the tour. He was bowling quicker and bowling his four overs for around 25 runs.

“What we also learnt is that we might also need a finger spinner because if you look at that guy Ashton Agar he is bowling at 95 kph. He doesn’t give you anything to drive on the front foot.

“Mostly the speed is fast enough so that you cannot pull the ball and it is short of a length and comes to you very quickly. What you can do is go on the back foot and play it to extra cover or mid-on, midwicket for a single or you can play a cut shot.

“Our guys were giving more air to the ball and the Aussies were able to either slog sweep or come down and used their feet and hit them over the top. For their spinners we couldn’t use our feet because they were bowling quick.

“That is something that we have to learn.”

Australian spinners Adam Zampa and Agar were amongst the top wicket-takers in the series, with Zampa’s 3-14 in Adelaide being the best bowling performance of a tour for Sri Lanka that their batsmen were expecting to be threatened mostly by Australia’s pace attack.