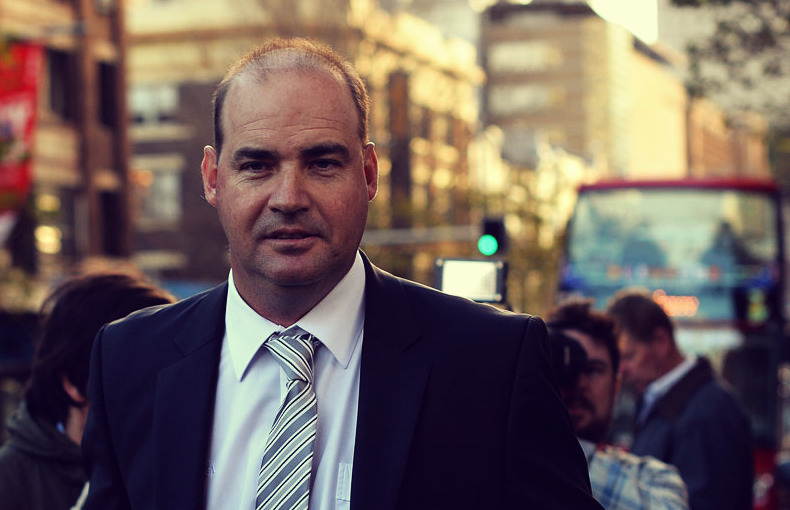 Mickey Arthur has arrived in Sri Lanka after he was signed on a two-year contract to replace Chandika Hathurusingha as Sri Lanka’s latest head coach—their 11th in eight years.

“What has happened in the past is in the past, and I know that if I perform the role to the best of my ability, we will have longevity here and we will have some success,” Arthur told reporters when asked if he had confidence working for a cricket board that has rifled through many coaches in recent years.

Arthur, who has previously coached Pakistan, Australia and South Africa, will accompany Sri Lanka on their tour to Pakistan this month.

Along with Arthur comes a new coaching unit that includes Grant Flower as the batting coach, David Saker as bowling coach and fielding coach Shane McDermott.

While Arthur will travel with the Sri Lankan squad on December 8 to Pakistan, where security concerns have prevented Test cricket from being played there for a decade until now, “Flower will only work with Sri Lanka’s white-ball teams, and will not travel to Pakistan for the two-match Test series later this month,” according to the report by ESPNCricinfo.

Sri Lanka in August relieved Hathurusingha of his duties, appointing Rumesh Ratnayake as interim-coach but the cricket board’s president Shammi Silva refused to divulge details behind the move.

“We can’t tell you details because this might end up being a legal issue,” Silva said at the time.

In the event the matter ends up in court, Sri Lanka Cricket will likely face costly legal bills defending the case at the Court of Arbitration in Switzerland and Hathurusingha could be awarded “one-year’s salary to the tune of Rs. 86 million,” a report by Sri Lanka’s Sunday Observer explained in August.

Hathurusingha has since been served a show cause letter by the board “in its continued attempt to make him quit,” the Sunday Times recently reported.

“The Head Coach has been charged with six counts including failing to prepare the Sri Lanka team physically and mentally for tours; failing to build confidence of players in need to [sic] support; for creating disharmony and failure to build team spirit; failure to adhere to the ICC’s Code of Conduct; insubordination; and acting in a manner which is totally unbecoming of a National Head Coach,” the report in the Sri Lankan newspaper revealed.

In his response to Sri Lanka Cricket’s show cause letter, Hathurusingha “accused his employer of engaging in fishing expeditions to get rid of him halfway through the contract,” the report added.

In 2013, Sri Lanka Cricket were forced to settle for an undisclosed sum after Geoff Marsh sued the cricket board when the island’s cricket authorities removed him as head coach just four months into his new role.