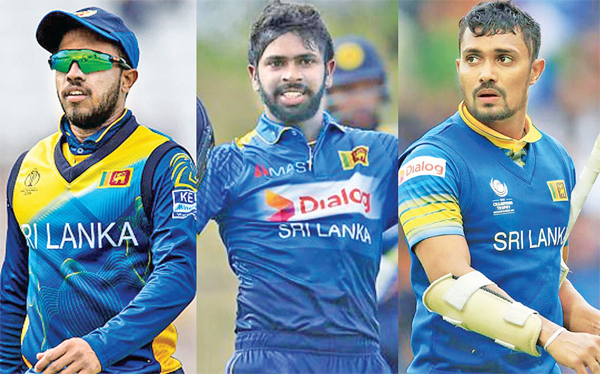 The three cricketers were banned from international cricket for a year and from domestic cricket for six months, along with a fine of approximately Rs. 10 million, after breaching the bio-secure bubble while on tour in England in July.

The Daily Mirror yesterday exclusively reported that the reduction in the domestic cricket ban was to be decided on at a management committee meeting last morning, and SLC Secretary Mohan de Silva confirmed the players will be allowed to represent their clubs next month.

“We will inform the Ministry that we will allow them to return subject to them paying their fines,” de Silva said.