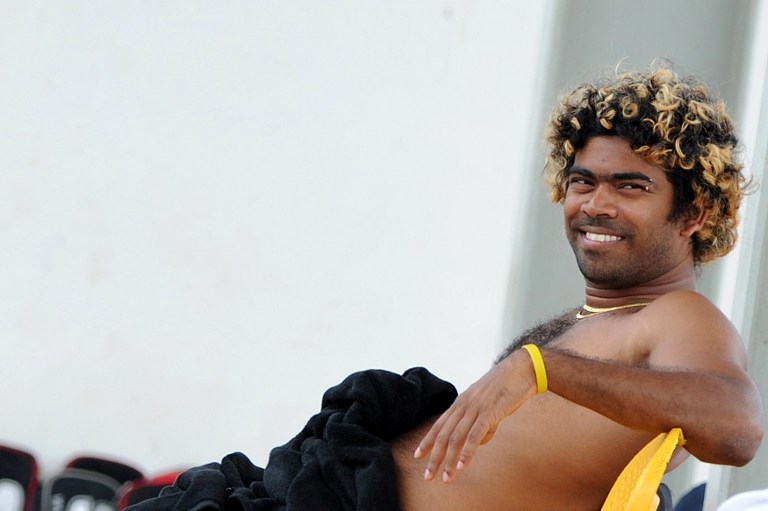 Against Pakistan in the Asia Cup opener he roared back to form with a game-changing five-wicket haul, and underscored his worth as one of the few match-winners in the Sri Lankan side. As a nation, everyone loves him again, but only until he chooses to stand up for himself.

Perhaps our ire at his ability to do so comes from our inescapable inability to have the courage to do the same. We need to be inspired by Lasith Malinga.

Sri Lankans have held him to a higher standard than they hold their politicians, who have some sense of fiduciary duty towards us and hold public trust, but we are not nearly so angry at some political shenanigans as we are when Malinga doesn’t bowl well.

Malinga’s recent performance against Pakistan was a giant ‘up yours’ to the many who had written him off, and despite the whingeing and moaning, all of Sri Lanka is ready to embrace the 30-year-old now, in typically fickle fashion.

Malinga is proud and untameable. He will respect those who respect him, and will not give a damn about those that don’t—whoever they may be. And, honestly, I love that about him.

More than any bowler since Muttiah Muralitharan, Malinga has won matches for Sri Lanka single-handedly. He may not be the debonair ambassador off the field, but on the field he has been our most valuable bowler since Muralitharan’s high profile retirement. With them both bowling in tandem, we were almost unstoppable. It is unfortunate though that despite this, the Sri Lankan public were so quick to turn their backs on Malinga.

The real villains of the Malinga piece are SLC. In Malinga’s opinion, they treated him with a lack of respect. At one point, ridiculously, there was even talk that the administrators had asked him to cut his hair and remove his piercings.

Malinga understands that he is a prized athlete deserving of much more. He needs to be treated with dignity, or else he will go where he is more appreciated and respected, where he can earn more and with fewer headaches. Like the IPL.

At whatever level of competition, sportspeople want peace of mind and to be paid on time. It’s not really asking for much. SLC has not done that, and the reason players have stuck around and taken such treatment is because they didn’t really have an alternative.

None of our other players are superstars in the Malinga sense. Even Kumar Sangakkara is not as valuable to an IPL franchise as Malinga is. So, when SLC treated him with scant respect, Malinga had options. He exercised them, just like you or I would if we didn’t see eye-to-eye with our employer.

Malinga can hardly be expected to deliver in every match, and unfortunately, we expect him to. That’s unfair on the player, and it is not a reasonable expectation. It’s also not fair that he has let himself down by passing up on his fitness regime, and becoming half the bowler he was, but he appears to have realised his mistake. It’s not his fault that his mediocre is better than everybody else’s best.