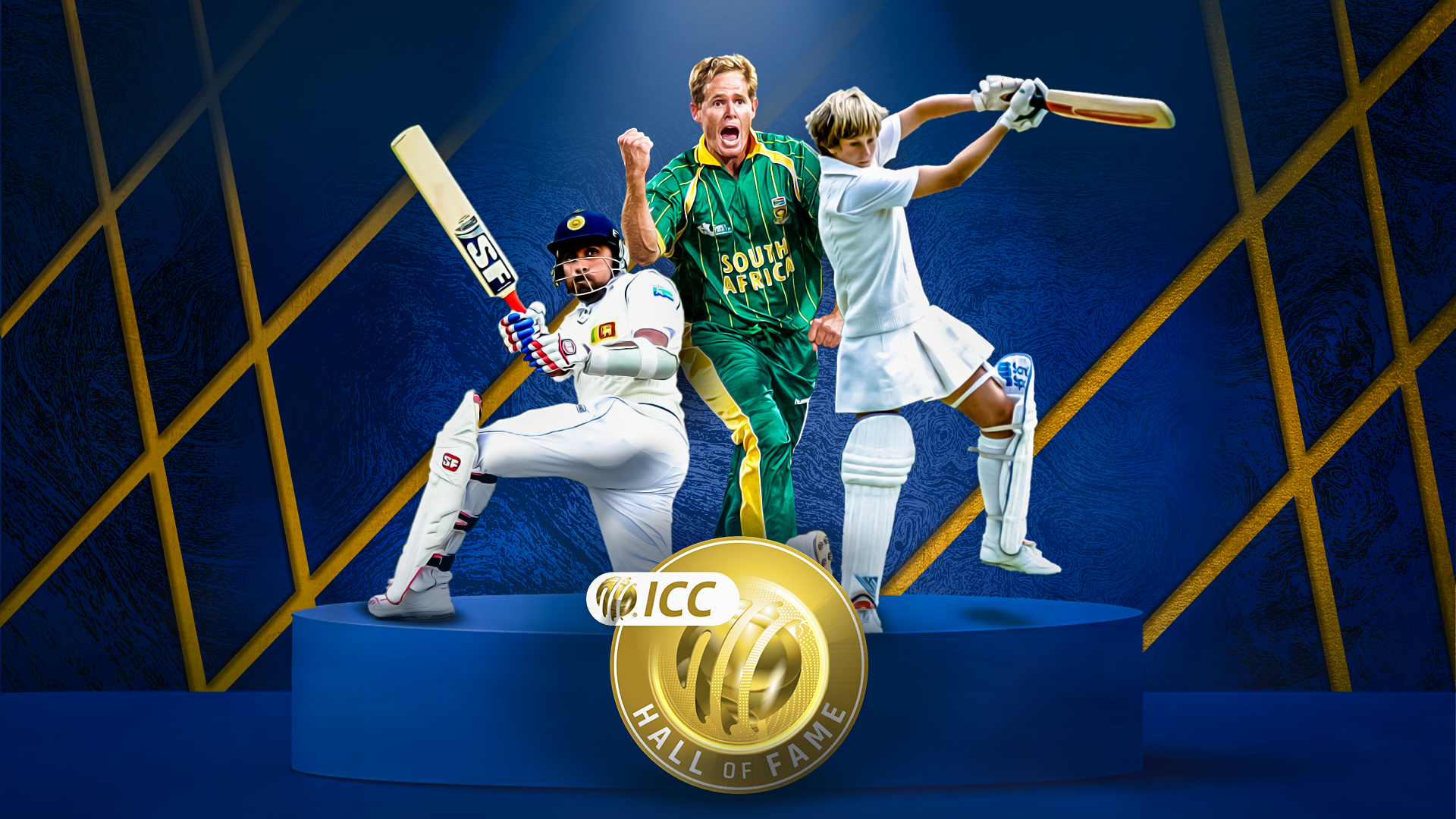 A classy right-hander who scored runs relentlessly and captained his nation superbly, Jayawardena’s 149 Tests are the most by a Sri Lankan, as are his 448 ODIs (12,650 runs at 33.37, 19 centuries) where globally only Tendulkar (463) played more matches.

He is Test cricket’s ninth greatest run-scorer with 11,814 to his name at an average of 49.84, making the sixth most Test centuries in the format’s history. Among his 34 centuries is the famous 374 – Test cricket’s fourth-highest score – he made in the midst of a record-setting 624-run stand with close friend Kumar Sangakkara against South Africa in 2006.

A two-time Cricket World Cup runner-up, Jayawardena made a dashing 103 in the final of 2011.

Denied men’s ODI cricket’s most cherished trophy twice, he was also part of the Sri Lankan sides that finished second in the 2009 and 2012 T20 World Cups. In 2014 he finally got his hands on some long-awaited silverware, carried off the field on the shoulders of his teammates as he won the T20 World Cup final in his last appearance in the format.

He bowed out of international cricket the following year at the end of Sri Lanka’s Cricket World Cup 2015 campaign.