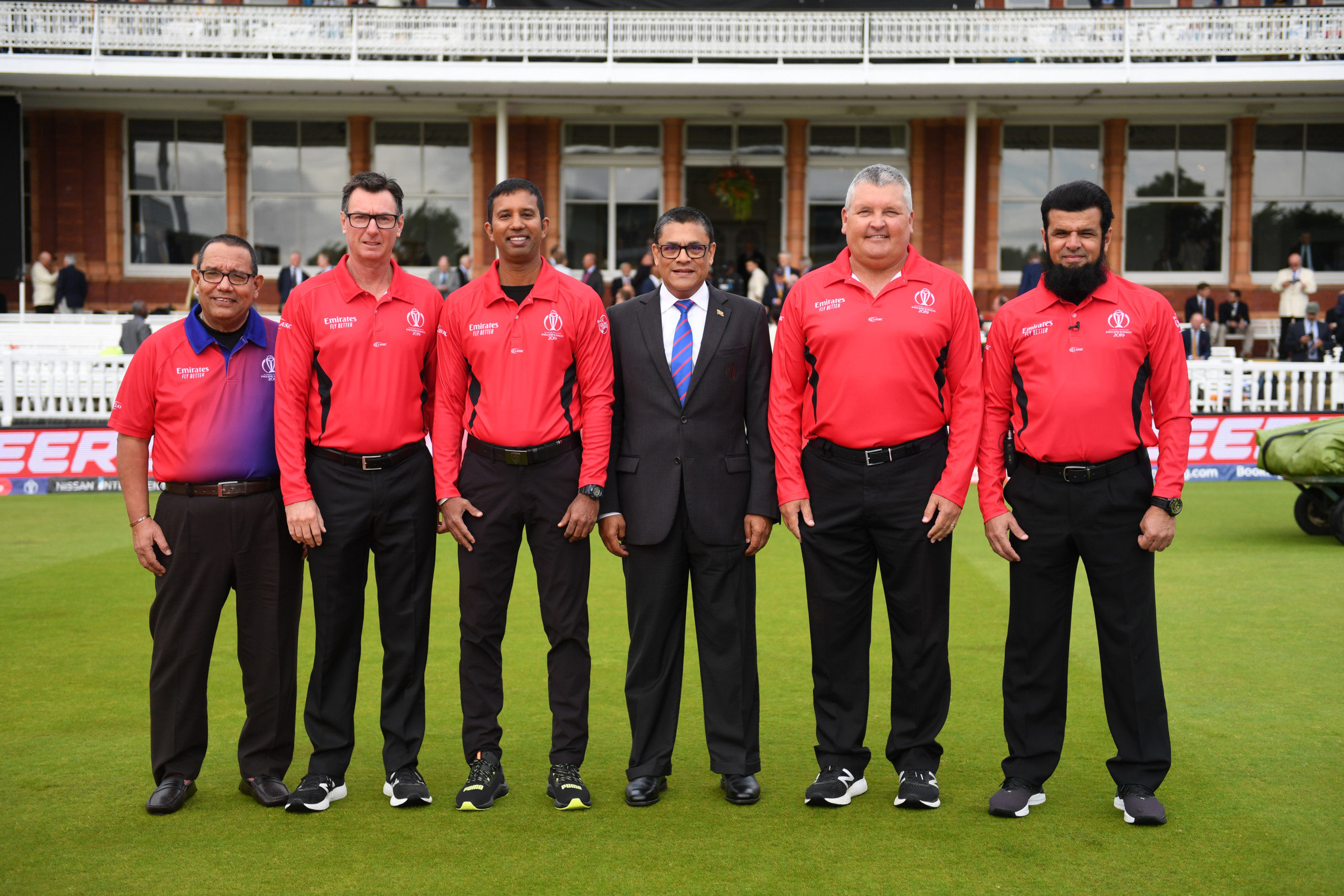 LONDON, ENGLAND - JULY 14: The Match Officials and Referee pose for a photo during the Final of the ICC Cricket World Cup 2019 between New Zealand and England at Lord's Cricket Ground on July 14, 2019 in London, England. (Photo by Gareth Copley-ICC/ICC via Getty Images)

The ICC has announced the appointment of 16 umpires and four match referees for the Round 1 and Super 12 stages of the upcoming ICC Men’s T20 World Cup 2021.

The selection of a 20-strong group effectively means that, for the first time since the Covid-19 pandemic, there will be neutral umpires for all matches of the 16-team tournament, running from 17 October to 14 November.

Three of the 16 umpires – Aleem Dar, Marais Erasmus, and Rod Tucker – will be officiating in their sixth ICC Men’s T20 World Cup.

The first match of the tournament, between Oman and Papua New Guinea on 17 October, will be officiated by Sri Lanka’s Kumar Dharmasena, who was one of the on-field umpires for the final of the ICC Men’s Cricket World Cup 2019, alongside New Zealand’s Chris Gaffaney. Ranjan Madugalle will be the match referee, with Richard Kettleborough the TV umpire and Ahsan Raza the fourth official.

The rematch of the 2016 final between England and the West Indies – a Super 12 Group A clash – will be overseen by Dar and Erasmus, with Australia’s David Boon the match referee and Chris Brown on TV duty.

The officiating personnel for the semi-finals and final of the tournament will be named in due course.