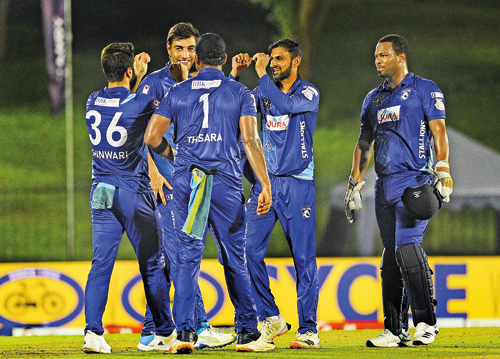 Serious concerns have been raised over the transparency of the process that selects franchise owners and the broadcaster for Lanka Premier League (LPL) following recent developments.

The Innovative Production Group (IGP), the tournament rights holder for franchises and broadcasters, this week announced the signing of a multimillion dollar TV rights deal with the little-known local channel ‘Supreme TV’ as the local broadcaster of the month-long event. It also announced a new owner for Jaffna Stallions, the inaugural champions of the five-team tournament.

A joint statement by IPG and Lycamobile said: “Winner of the inaugural edition of the Lanka Premier League (LPL) Jaffna Stallions have a new owner as Sri Lanka-born British entrepreneur, Allirajah Subaskaran, enters the second season of the premier T20 tournament of the Island Nation by acquiring the Jaffna-based franchise in the tournament.”

The new owner renamed it ‘Jaffna Kings’ to avoid any legal battles with the former owners who are disgruntled by the latest development. The team was held by a consortium, including investors from North America, England, India, Australia and Canada.

When discussions were ongoing in June to conduct the second edition in July/August, the Jaffna Stallions weren’t happy given the heavy international cricket schedule and the conduct of the Caribbean Premier League during the same period. The following month, the IPG unexpectedly sent a letter of termination through its lawyers to which the franchise responded through its own counsel.

However, no dispute resolution mechanism was utilised and communications from multiple lawyers of Jaffna Stallions have not been responded to.

Despite this, in August, IPG has sent a term sheet which Jaffna Stallions had duly signed, agreeing to payment terms. Neither Sri Lanka Cricket (SLC) nor IPG has so far issued an official communique with regard to the termination of Jaffna Stallions as they did with Colombo Kings and Dambulla Vikings.

The handing over ownership, therefore, raised more than a few eyebrows…